A seemingly ingenious, simple solution to nonrepresentative government and gerrymandering 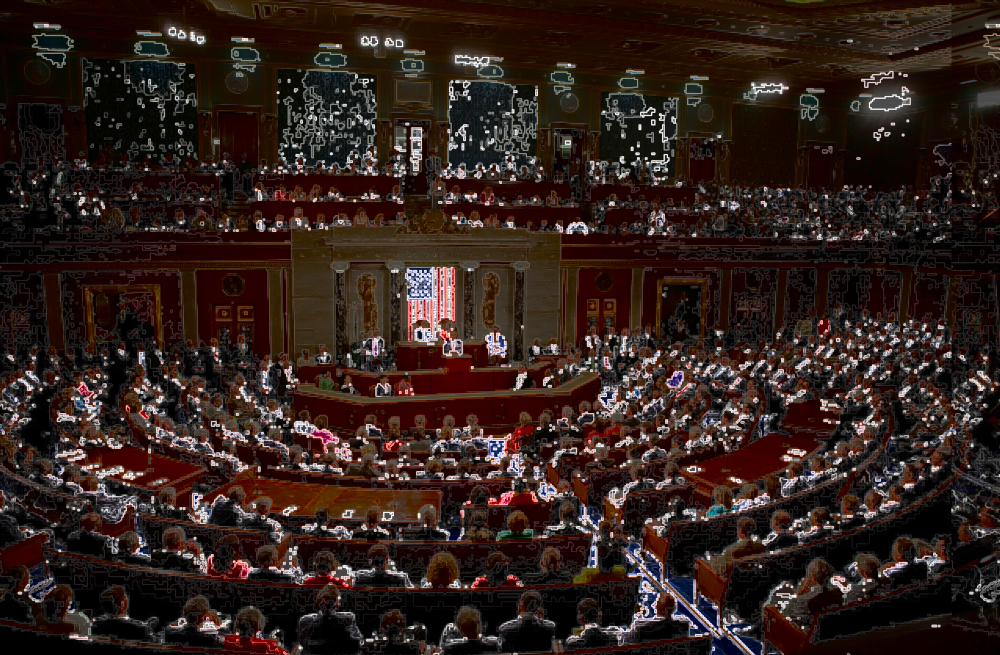 Forbes's Steven Salzberg rejects the claims of those who say that the House of Representatives will be made more responsive by increasing the number of reps to 593 (or so), this being the cube-root of the number of Americans, and this ratio being considered desirable by some political scientists.

The cube-root guideline may or may not work in less populous countries, but in the US, it yields a ratio of one rep per 550,000 represented people (the framers envisioned a 1 rep:30,000 people ratio, which would produce a gigantic Congress.

Instead, Salzberg proposes that each Congressional district should send two members to Congress, each casting a fractional vote proportional to the fraction of the electorate whose votes they won: if Rep Dingleberry (R) gets 20% of the votes, and Rep Cheetham (D) gets 80%, then Dingleberry casts 20% of an Aye vote, and Cheetham casts 80% of a Nay (or vice-versa).

This has a certain attractiveness to it: if you're one of the voters who casts a ballot for a loser who garners 30% of the vote, you still get represented in Congress.

But there are some obvious problems with this. Salzberg handwaves the idea of third-party candidates ("We could divide the single House vote proportionally among the top two vote-getters, ignoring the third parties" and possibly "States could also use ranked-choice voting to re-apportion the votes of the losing candidates"). The idea that there are only two possible political "sides" is viewed by many (including me) as a problem as great as the number of seats in Congress.

Also, Salzberg argues that this makes gerrymandering useless (because the fractional Congressional votes would add up to a "fair" apportionment), but I'm not convinced there isn't a way to gerrymander that would avoid this -- if Congressional districts had significantly different populations, or populations of "likely voters," you could pack and crack your way to a very nonrepresentative outcome.

But still, it's a provocative and compelling idea, and as Salzberg says, "My system is perfectly legal, and Congress could create it with a simple bill, just as they increased the size of the House in the past. No Constitutional amendment is necessary."

Of course, this would make counting votes in the House a bit more complicated. The majority and minority whips wouldn't be able to simply count integers; instead, they'd have to add up the fractional votes of their 435 members. But why should we limit ourselves to a voting system that only uses first grade math? In the U.S., fractions and decimals are covered by the fourth grade. I think Congress can handle that.

There. I've now fixed our democracy. Time to get back to science.

The Problem With Our Democracy Isn't Gerrymandering. It's Integers [Steven Salzberg/Forbes]