Invoke your muses with your very own artistic license 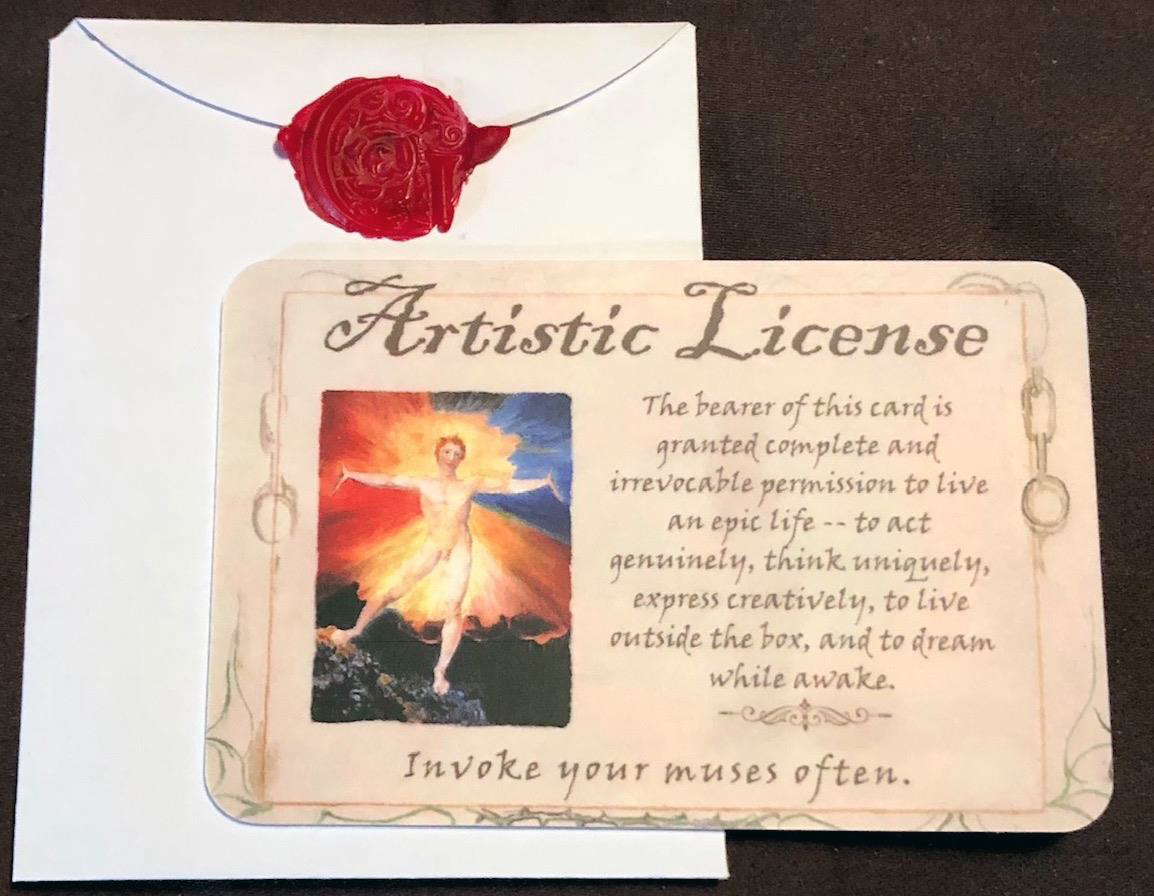 Our very own Gareth Branwyn has made Artistic Licenses.

"They sport ‘self-issuing technology.’ By breaking the wax seal, you are committing to act genuinely, think uniquely, express creatively, and to invoke your muses often.”

If you’d like one (or more), email Gareth directly: garethb2@gmail.com. They are $5 each or five for $20 (postage paid).

I’m away from the office this week on a top secret mission, so instead of posting new stuff, I’ve scheduled a few vintage Boing Boing posts. I don’t remember posting most of these, and I hope you don’t remember reading them. In 2006 the editors of Boing Boing (Xeni, Cory, David, and I) tried to […]