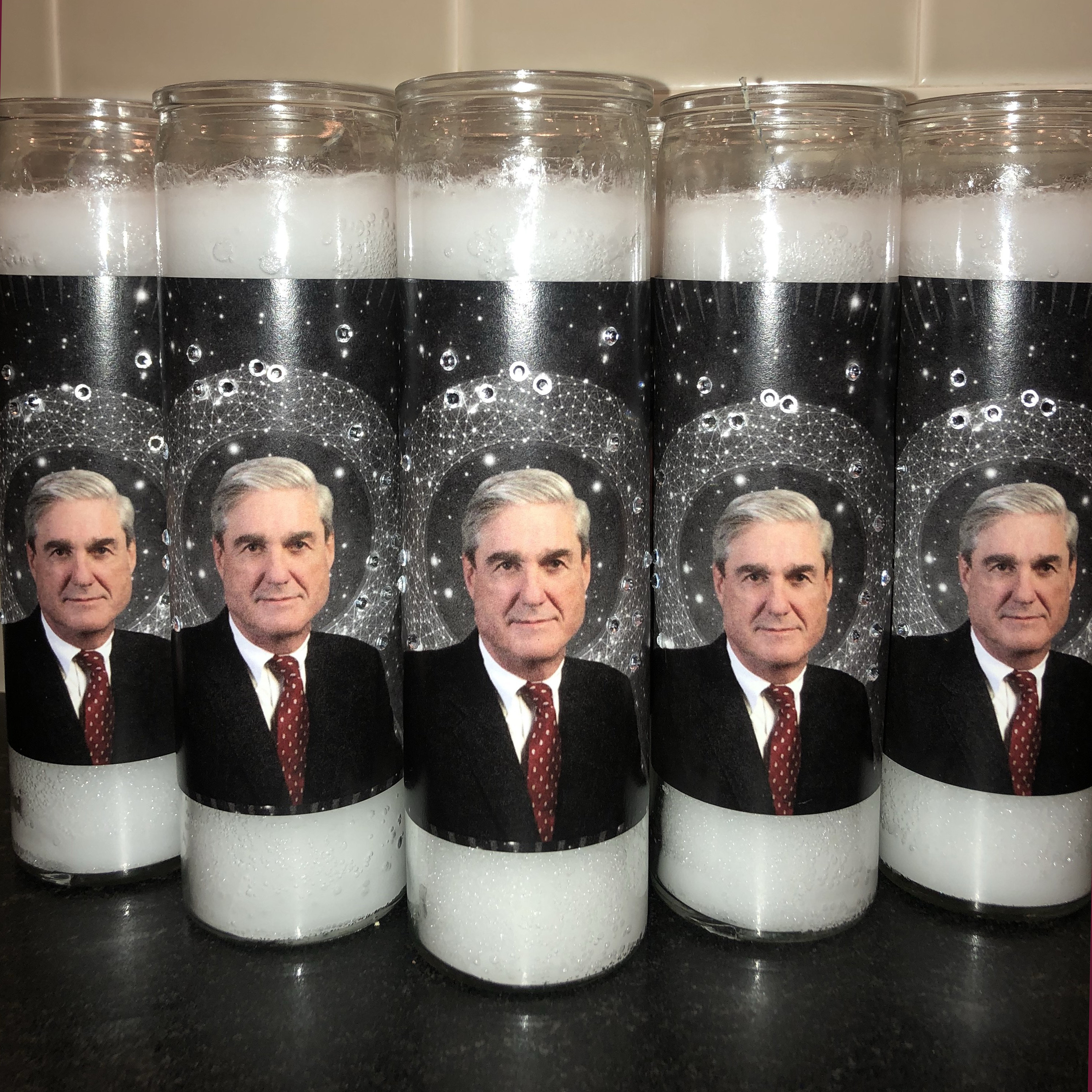 Say a prayer for Our Patron Saint of Taking Down the Current Administration by lighting one of artist Clare Winter's Robert Mueller devotional candles. You can get these rhinestone-embellished candles through Winter's online shop Devotional Democracy ($12) or in person at Cargo Inc in Portland, Oregon. (Rumor has it she is making Ruth Bader Ginsburg (RBG) longevity candles next.)