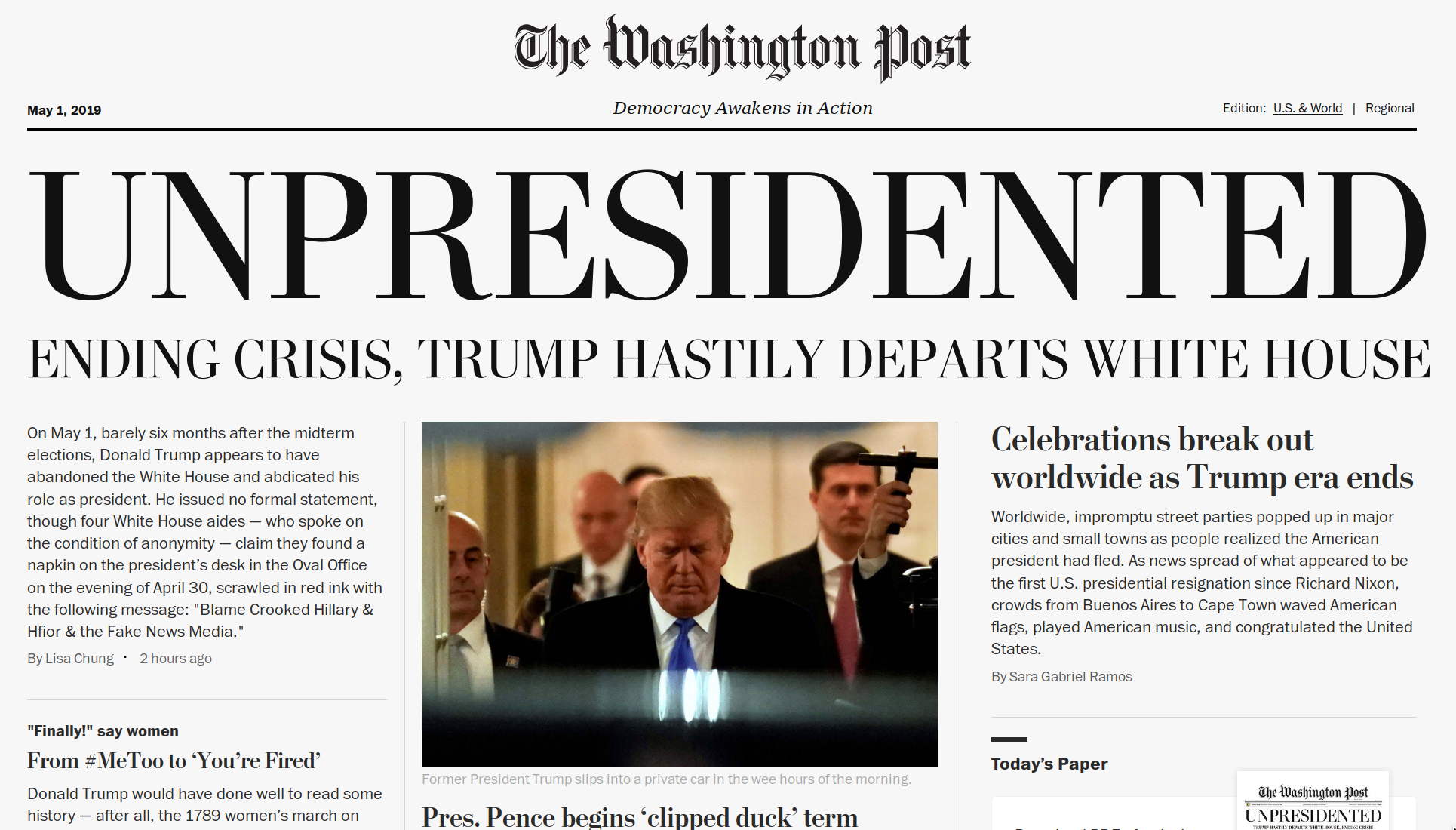 Political pranksters extrodinaire the Yes Men (previously) have printed a satirical edition of the Washington Post announcing that Donald Trump has abdicated and volunteers have fanned out across DC (where Trump is universally loathed) to distribute copies to all and sundry: you can follow their adventures at the #ByeBye45 hashtag.