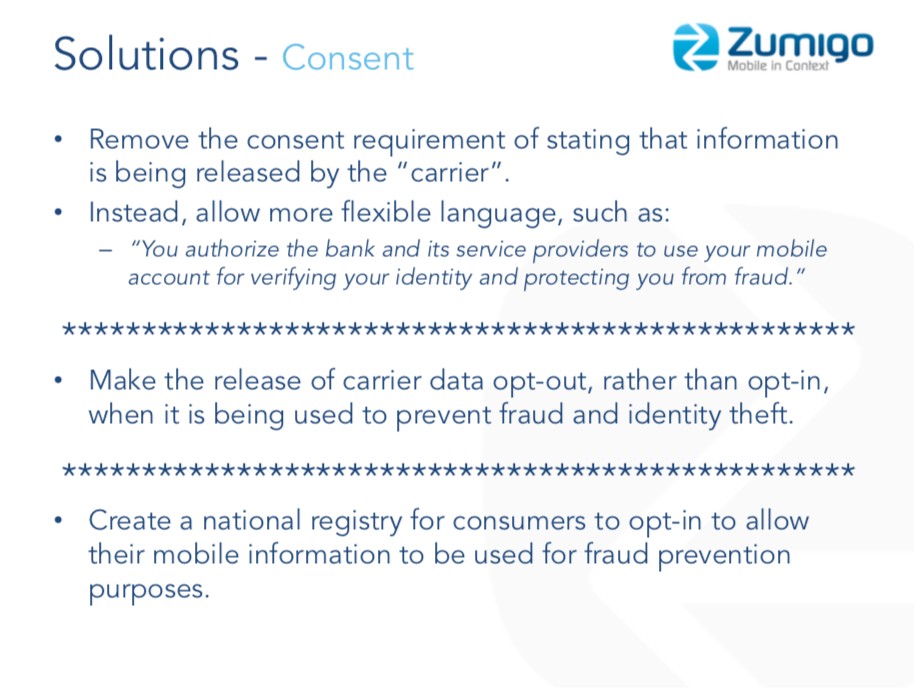 When Motherboard broke the story of a thriving underground in bounty-hunters and other unsavory sorts buying realtime location data from America's cellular carriers, many were outraged that the carriers had not lived up to their year-old promises to fix that massive hole in our location data.

But it wasn't every carrier: AT&T, Sprint and T-Mobile subscribers were vulnerable to these attacks, but Verizon customers weren't: that's because every time someone queries your location data through Verizon, the company warns you with a text-message (this is discussed in the latest Motherboard Cyber podcast).

It turns out that one of the data-brokers that bounty-hunters use to source our locations from, Zumigo, lobbied the FCC back in 2017 to head off any requirements for consent for location-tracking.

“As breaches become more prevalent and as consumers rely more on mobile phones, there is a tipping point where financial and personal protections begin to equal, or outweigh, privacy concerns,” one of the slides reads.

Another slide titled “solutions” suggests that the FCC loosen current consent requirements that are included in cell phone providers’ terms of service, allowing carriers to use vaguer, “more flexible” language.

“Remove the consent requirement of stating that information is being released by the ‘carrier.’ Instead, allow more flexible language, such as:—‘You authorize the bank and its service providers to use your mobile account for verifying your identity and protecting you from fraud,’” the slide reads. “Make the release of carrier data opt-out, rather than opt-in, when it is being used to prevent fraud and identity theft.”

The Federal Communications Commission (FCC) today voted unanimously to propose a $225 million fine against Texas-based health insurance telemarketers blamed for making 1 billion illegally spoofed robocalls. This is the largest such fine ever proposed by the FCC.

Prior to being acquired by Charter, the cable company Spectrum aggressively marketed home security systems to its customers, inducing them to spend hundreds of dollars on proprietary cameras and other equipment that integrated with their cable networks and offered them remote monitoring and other services.