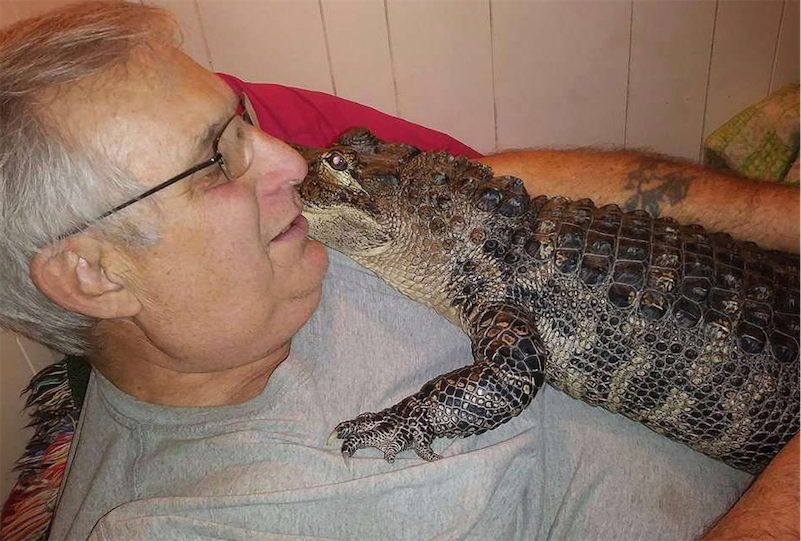 Joei Henney, 65, of Strinestown, Pennsylvania has an alligator as his registered emotional support animal. According to Henney, the 5-foot alligator, named Wally, helps Henney manage his depression. Apparently, the reptile is very generous with his hugs. From the Philadelphia Inquirer:

A man who answered an e-mail from a reporter about Wally from the web site Service Dog Registration of America said, "Our therapist would never approve a client to have an alligator as an emotional support animal. "

“My doctor wanted to put me on depression medicine, and I hate taking medicine. I had Wally, and when I came home and was around him, it was all OK," he said. “My doctor knew about Wally and figured it works, so why not?”

Wally, Henney cautioned, is still a wild animal, one that could tear his arm off now, and do worse later...

“He has never tried to bite no one,” Henney said. “I don’t push him on to people. I tell people to respect him, not fear him. He will not hurt you.”