During a secret meeting, a top Pelosi health aide told medical insurers that there was no need to worry about Medicare for All passing 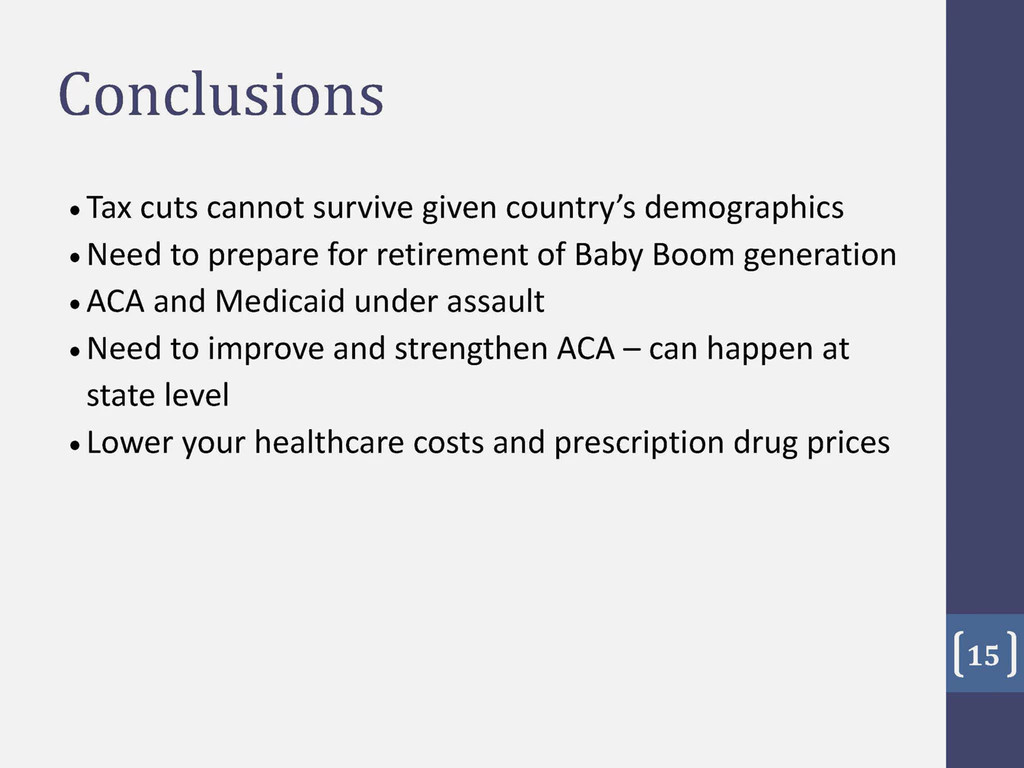 Wendell Primus is one of Nancy Pelosi's top health aides. Leaked slides from a closed-door meeting with Blue Cross execs reveal that he has been quietly advising the health insurance industry that there is no danger of Democrats pursuing a "Medicare for All" strategy, and offered them what amounted to a quid pro quo that would keep them safe from nationalized healthcare if they would break with the pharma industry to help lower drug prices.

Shortly after this meeting, Nancy Pelosi was made the Speaker of the House, with the power to advance or kill Medicare for All, a policy that the majority of Americans support.

Primus denies that there was a deal on offer, claiming instead that the presentation was a "broad look at the health care environment and some of House Democrats’ legislative priorities over the next two years."

Primus's leaked slides suggest an expansion of Obamacare -- which obliges Americans to pay private insurers for care, and allows private insurers to bill the US government at arbitrarily high rates to cover people too poor to pay -- as an alternative the national healthcare, a right enjoyed by the residents of every other developed nation in the world.

The Democratic Congressional Campaign Committee, which operates under Pelosi, in 2017 presented House Democrats with survey data, claiming that it showed that single-payer was a political loser, and that Democrats should focus their messaging on lowering drug prices and protecting the ACA.

Yet a significant number of Democrats who flipped Republican districts blue in 2018 were publicly supportive of Medicare for All, suggesting that it isn’t necessarily the albatross Pelosi and the DCCC believe it to be. A poll from October found that more than half of Republicans support the concept.

Pelosi’s agreement to hold House hearings on Medicare for All came after pressure from the Congressional Progressive Caucus. Yet the hearings will be held by the Budget Committee, which, unlike the powerful Ways and Means and Energy and Commerce committees, would not have final jurisdiction over Medicare for All in the event of a genuine attempt to pass it.