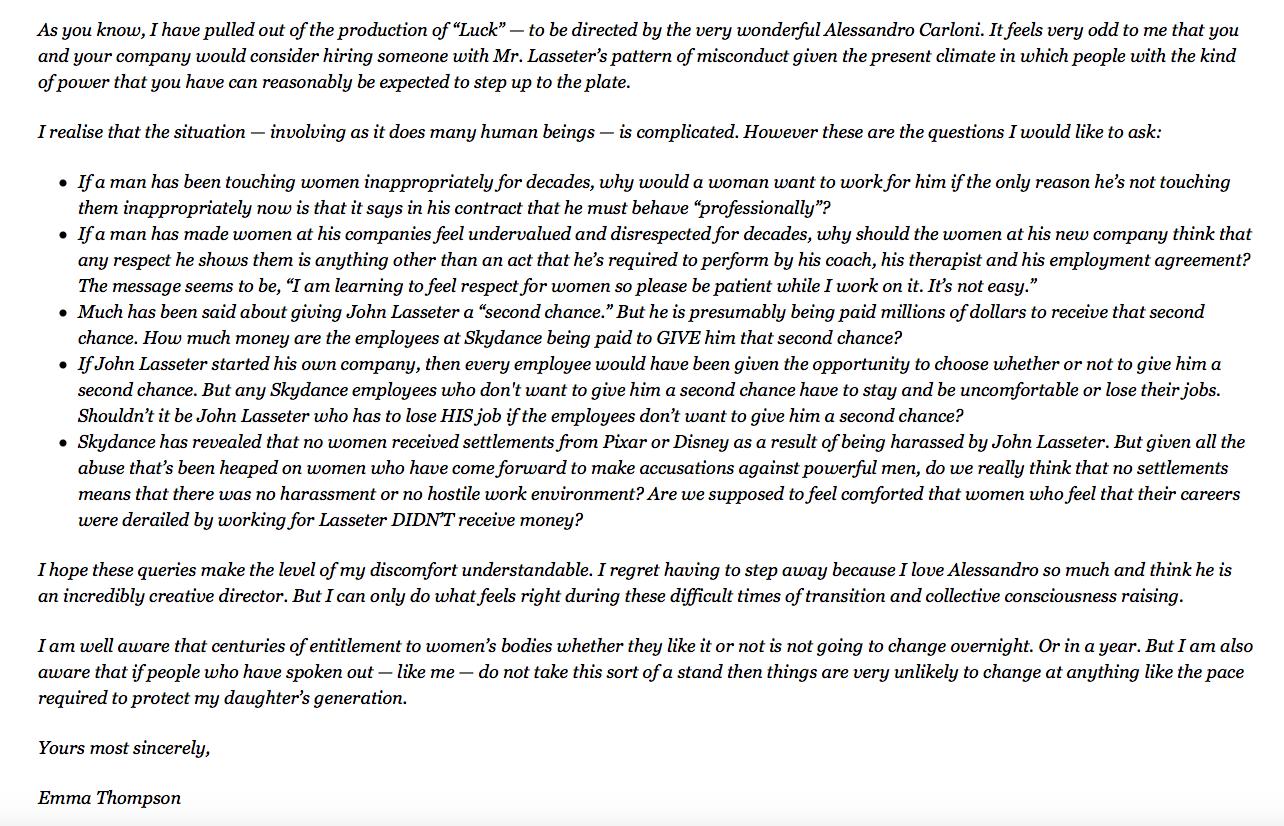 After Skydance hired Pixar sex pest John Lasseter, actress Emma Thompson quit a project there in protest. Here's her letter to the studio. The LA Times:

When Skydance Media Chief Executive David Ellison announced this year that he was hiring John Lasseter to head Skydance Animation, many in and outside the company were shocked and deeply unhappy. Only months earlier, Lasseter had ended his relationship with Pixar — where he had worked since the early ’80s — and parent company Disney after multiple allegations of inappropriate behavior and the creation of a frat house-like work environment. Lasseter had admitted to inappropriate hugging and “other missteps.”