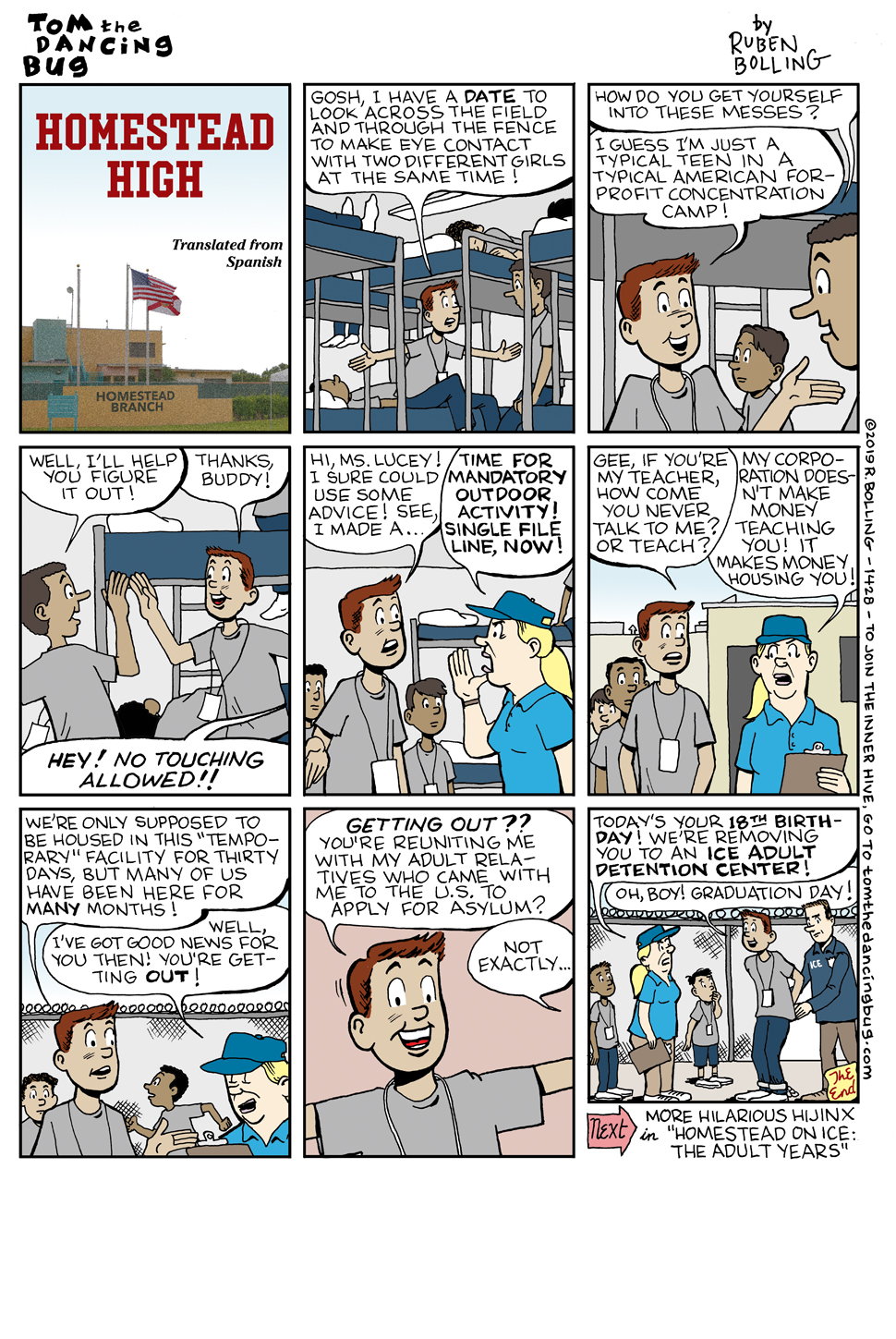 Tom the Dancing Bug, IN WHICH teens will never forget their time at Homestead High, the punishment they receive for seeking asylum in America.

You can join Tom the Dancing Bug's Inner Hive here.