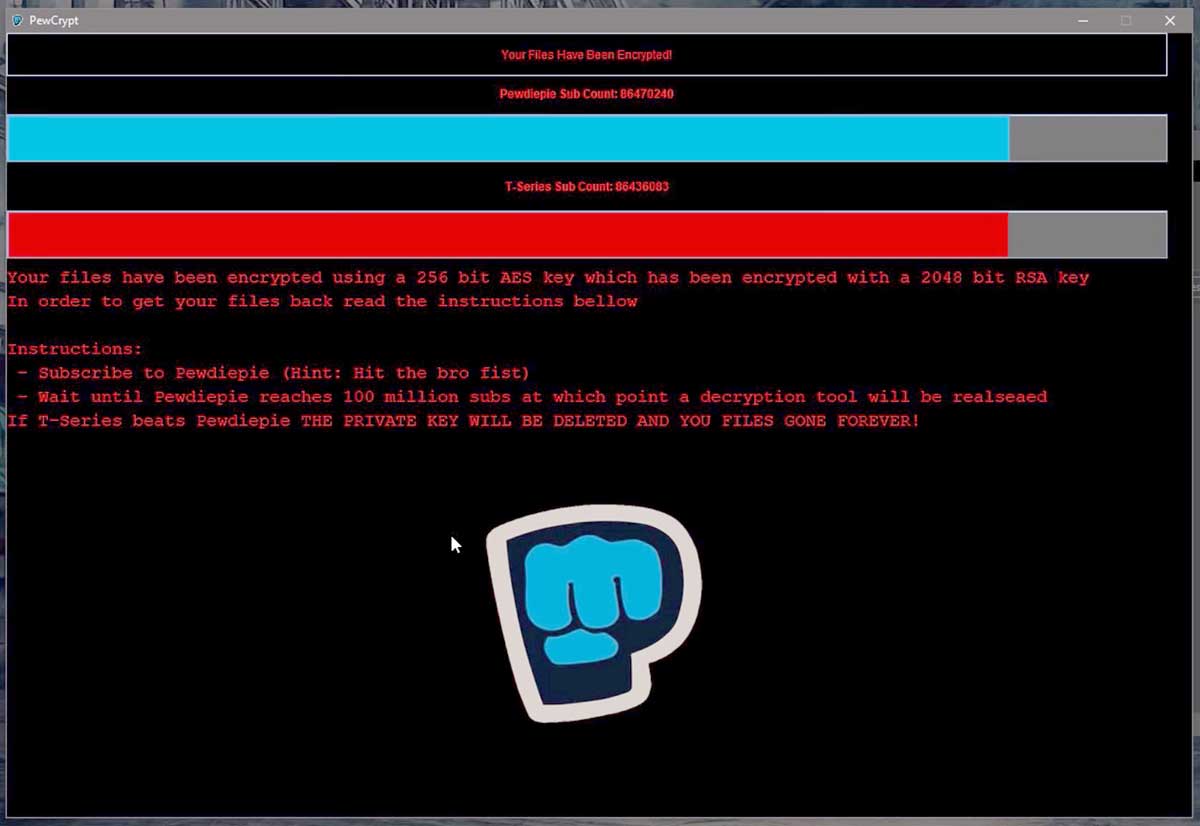 The message itself has become a meme, and not in a good way.

White supremacy groups have adopted it as a chant, signifying a message of support of the "white race" in competition with the Indian "browns," represented by India's T-Series channel.

27 year old Michael Gillespie is a largely self-taught programmer and help-desk technician whose day job is working for Nerds on Call; when one of his customers asked for help in 2015 recovering files that had been encrypted by ransomware, he became obsessed with the subject and is now responsible for writing more ransomware decryptors […]