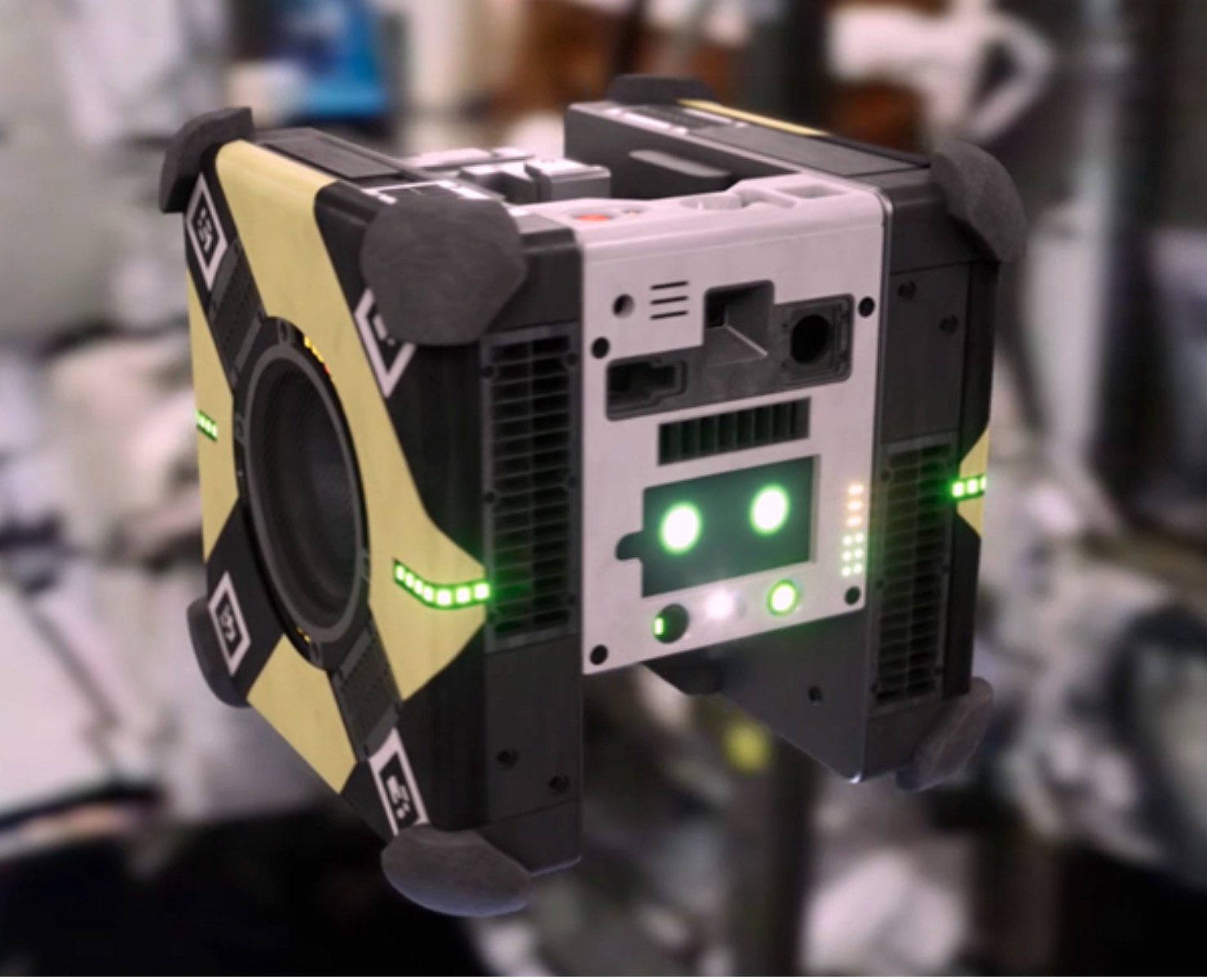 A few days ago, two little robots arrived at the International Space Station to help astronauts with simple tasks. Called Astrobees, the cube bots are 12" x 12" x 12" and propelled around the microgravity environment by small fans. The bots are named Honey and Bumble. A third, Queen, remains on Earth. From NASA:

Working autonomously or via remote control by astronauts, flight controllers or researchers on the ground, the robots are designed to complete tasks such as taking inventory, documenting experiments conducted by astronauts with their built-in cameras or working together to move cargo throughout the station. In addition, the system serves as a research platform that can be outfitted and programmed to carry out experiments in microgravity - helping us to learn more about how robotics can benefit astronauts in space.