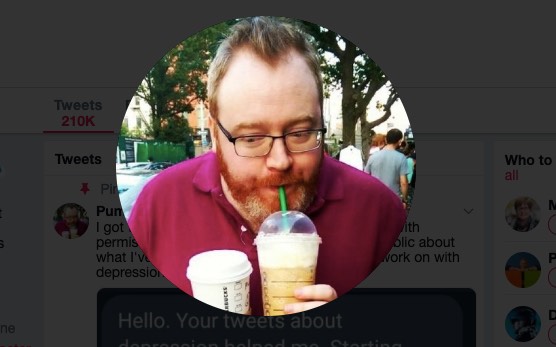 Peter Bright (Twitter: @DrPizza), best known as a contributing writer to the tech publication Ars Technica, has been arrested on charges of soliciting sex with children online.

This complaint filed in U.S. District Court for the Southern District of New York, shows that an undercover FBI special agent contacted Bright via KinkD, a social media platform for sexual fetish connections, on April 18.

“Bright has been charged with one count of attempted enticement of a minor to engage in illegal sexual activity,” reports Claire Goforth at The Daily Dot:

A federal complaint alleges that Bright sought to molest a 7- and 9-year-old and met with an undercover agent for this purpose, at which point he was arrested. It also states that Bright claimed to be in a sexual relationship with an 11-year-old. He is currently being held without bail.

According to the complaint filed in the U.S. District Court for the Southern District of New York, an undercover FBI special agent made contact with Bright on KinkD, a social media fetish platform, on April 18.

Bright, using the handle “randomanon,” had responded to a message the agent posted a day prior in which she purported to be a mother seeking to connect with people who could teach her children about “birds and the bees.”

The complaint states that in subsequent messages, the agent informed Bright that she had a 7-year-old daughter and 9-year-old son.

At Bright’s urging, the two then began chatting via WhatsApp, which continued for a few weeks. At times using euphemisms, Bright reportedly wrote of molesting both children and raping the 7-year-old. He also allegedly sent pictures of his penis, and photos of test results showing he did not have any sexually transmitted diseases.

According to the complaint, both consistently referred to his plans to molest the children as “teaching” them “lessons,” and Bright described how he would begin slowly and move on to more intense sexual activity.

Gonna jump ahead to the legal details.

Bright was arrested on May 22 when he arrived for their planned rendezvous in Manhattan. Per the complaint, he admitted to speaking with the agent about “engaging in sexual activity with minors.” Bright has been charged with one count of attempted enticement of a minor to engage in illegal sexual activity.

He has been denied bail on the grounds of “risk of danger.” The order allows him to reapply for bail. The federal inmate database states that a Peter Bright, age 38, is currently being held at the Metropolitan Correctional Center in Manhattan.

A mom in Brazil became concerned as she watched the viewing numbers on innocent backyard clip her daughter posted to YouTube suddenly climb hundreds of thousands of views. The child posted a video of herself and a friend playing in the family pool. YouTube’s recommendation engine had been suggesting the video as recommended content to […]