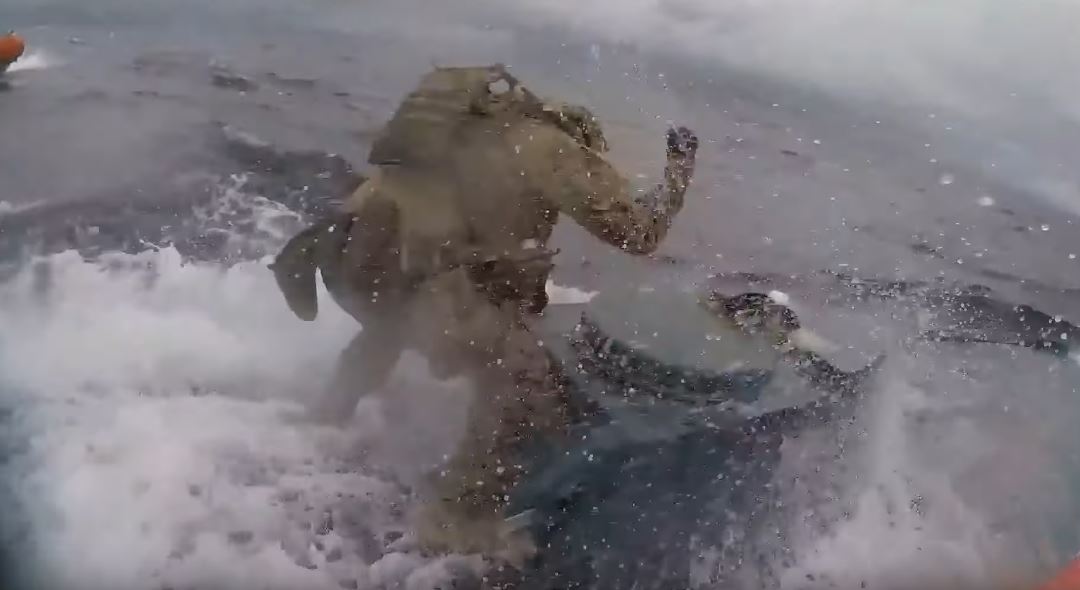 Enjoy this video of drugrunners in a semi-submersible vehicle getting collared by the U.S. Coast Guard. How dangerous that thing must be!