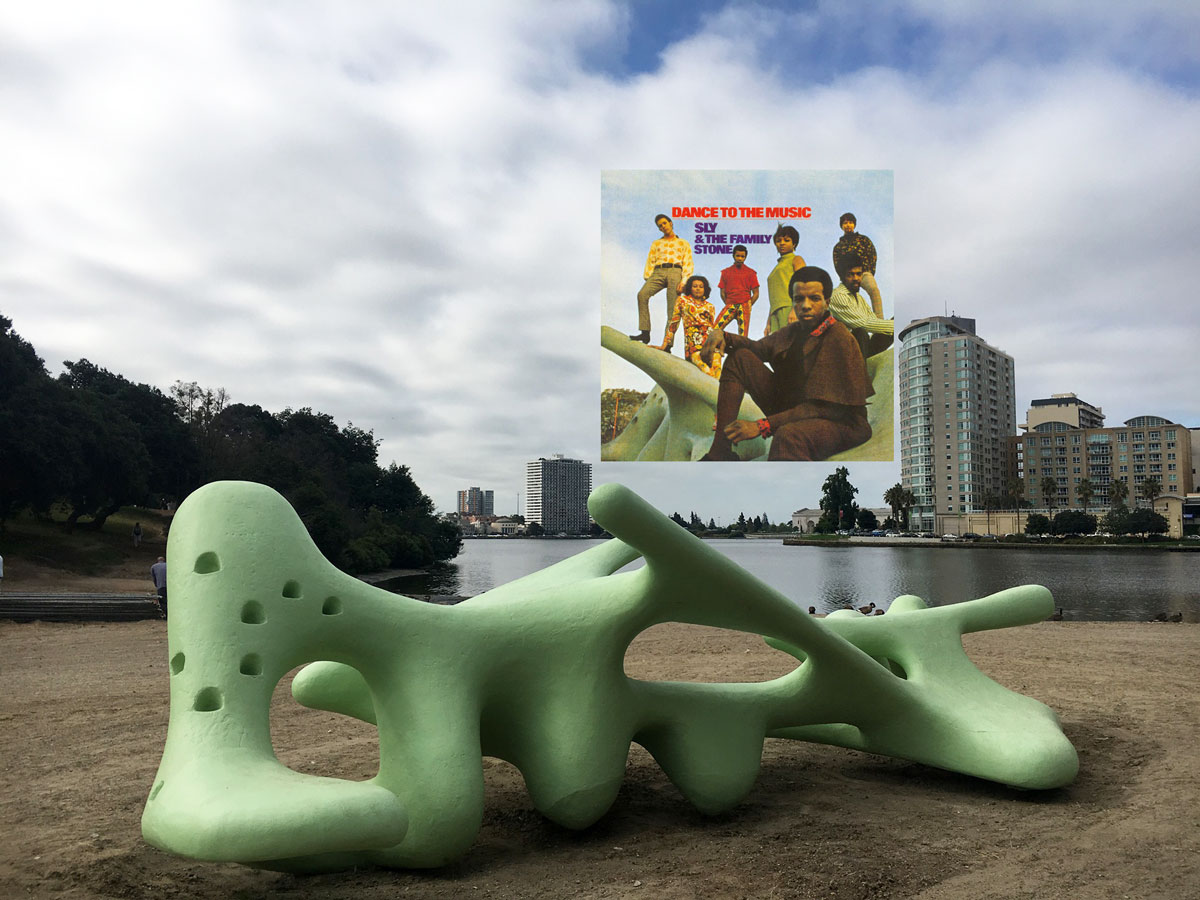 If you know Oakland, you know about the big, free-form sculpture that lives on the shores of Lake Merritt in Oakland. You probably also know that it's been behind a chain-link fence in disrepair for several years. But for a long time, it was not just a piece of art to appreciate but a usable play structure for children to climb in and on. Now, a local group of its fans have ensured the now-iconic "Monster" will live on.

The "Monster" in the 1950s, photo via Martha Ellen Wright

Many years later, however, the "Monster" fell into such disrepair that the city fenced it off and forgot about it. In 2015, an effort was launched by Lake Merritt's Mid-Century Monster Fan Club, led by Kyle Milligan and Susan Casentini, to bring it back to its former glory.

This is what the sculpture looked like just four years ago — blanched, broken, and behind a fence. image via Lake Merritt's Mid-Century Monster Fan Club

Earlier this year, the restoration was complete, and on Sunday, July 28, from 11 to 3 the club will be hosting a free party to celebrate at the site. The public is invited.