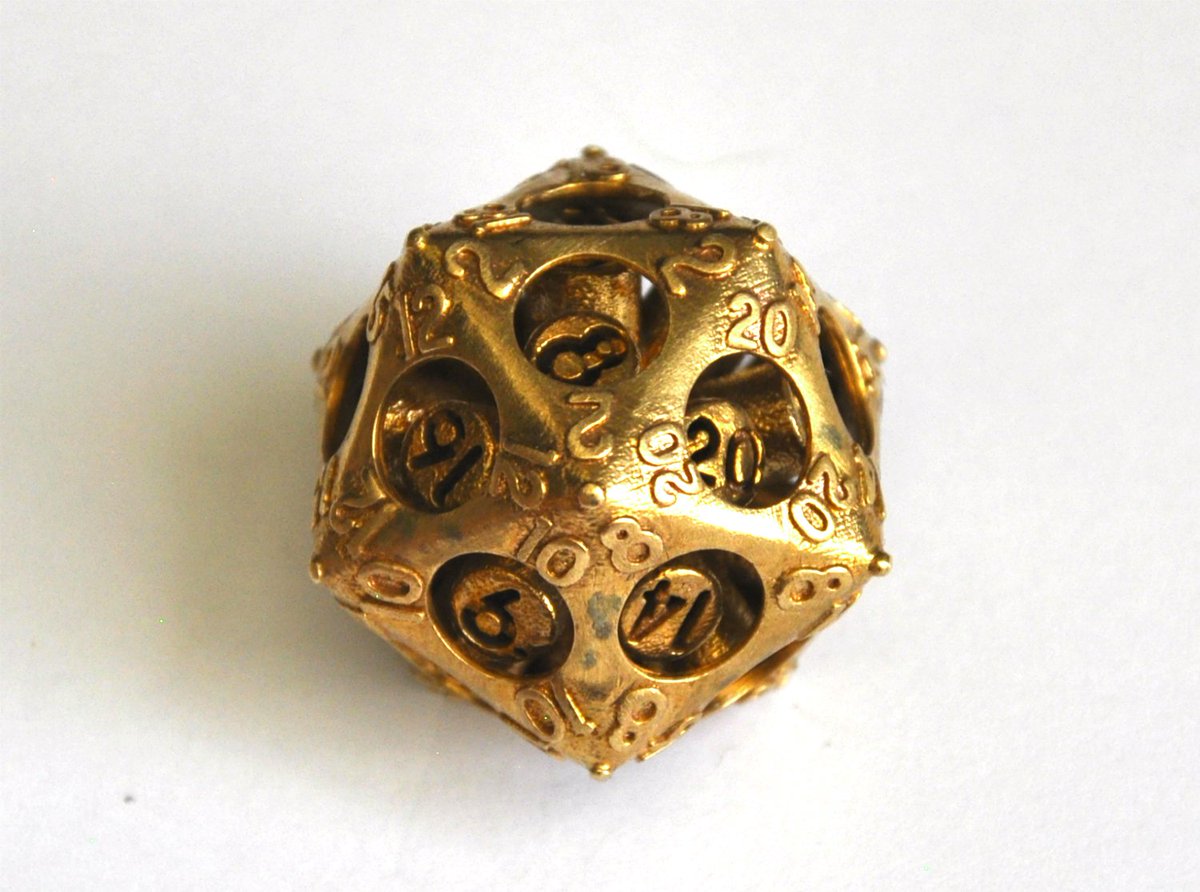 Majestic Trinkets created a double-layered D20 that looks like something right out of a dingy pub in Waterdeep. It's $80, but think how quickly you'll win it back!

This die is perfect for the most extra member of your adventuring party.

This is the regular gaming D20 in my 'Advantage' design family of dice. It is mathematically balanced in CAD software design to ensure that the die is centered and fair.

A 'clean' roll where the inner die settles with the outer die may not happen with every roll. When rolling on a flat surface, like a table or dice tray, it settles roughly 40% of the time. When rolling with a dice tower, it settles roughly 70% of the time. If it did not settle, give it a little shimmy on the surface it's laying and it should settle.