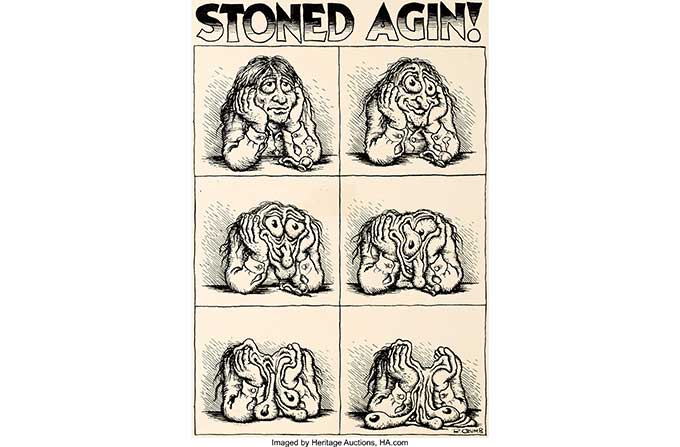 The art is in ink on Bristol board, with an image size of approximately 12 by 8 inches on paper measuring 13-7/8 by 10-7/8 inches. The beautifully detailed original has been reproduced innumerable times, including as a blacklight poster, on pinback buttons, postcards and t-shirts, etc.

The artwork is even accompanied by the cardboard portfolio in which Crumb delivered the artwork; the portfolio has a handwritten “to do” list in pencil, possibly written by Hytone publisher Don Donahue.