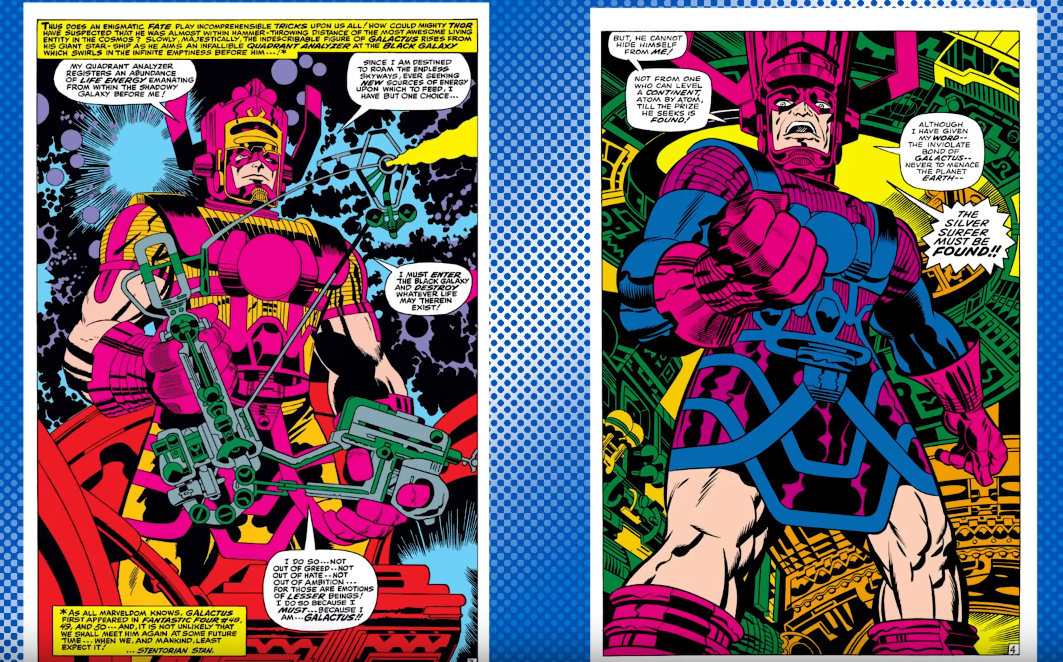 Left, Colletta’s inking of a Kirby image of Galactus. Joe Sinnott’s work on the right.