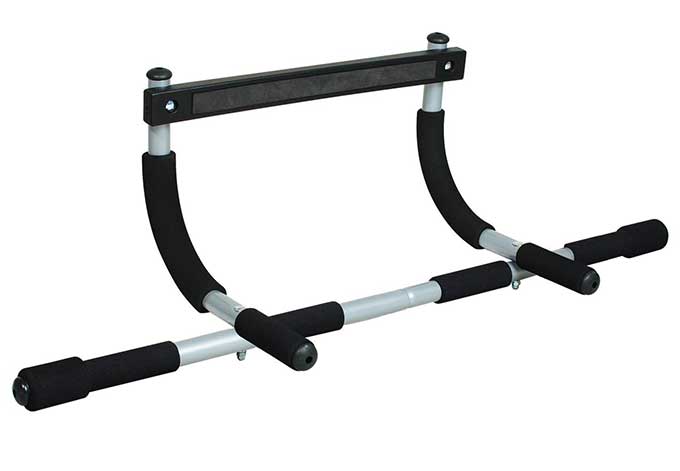 In 2012 I bought this pull-up bar and hang it from the door frame in my home office. When I started, I wasn’t able to do a single pull-up. After a week I could do one pull-up. A couple of months later I was able to do over 10 pull-ups. I still can.