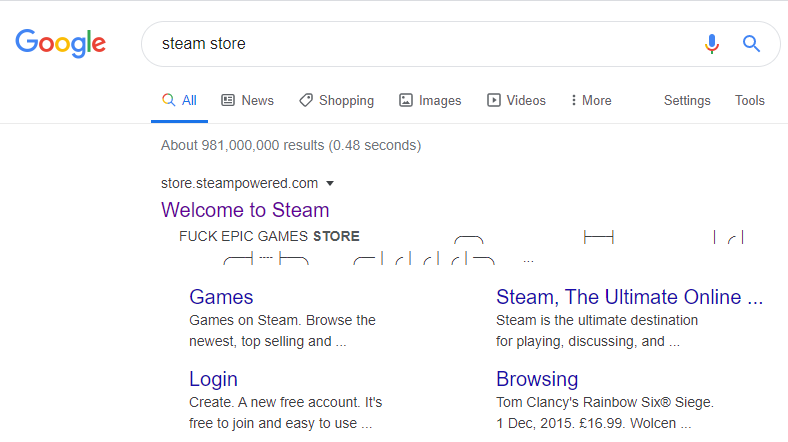 The broken ASCII-art "FUCK EPIC GAMES STORE" wasn't placed intentionally by Steam to show up as the store's description in Google search results, but there it is, all the same. Google and its algorithmic gods picked the phrase, a comment left by a user of the site, for reasons known only to itself. [Rock Paper Shotgun]