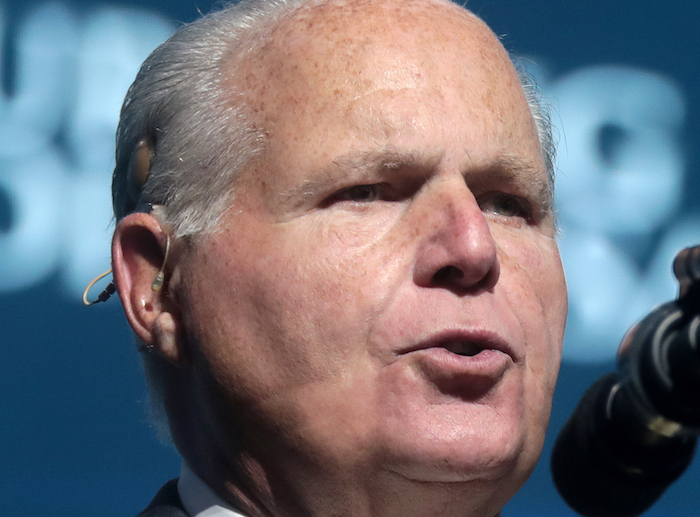 Covid-19 is a lab-concocted version of the common cold that's been weaponized to make Trump look bad, says Rush Limbaugh.

Right-wing radio host Rush Limbaugh claimed on his show Monday that the potentially lethal coronavirus afflicting several countries is nothing more than a “common cold” blown out of proportion by the media to take down President Donald Trump ― even as he also asserted it was a “bioweapon” created by China in a laboratory.

“It looks like the coronavirus is being weaponized as yet another element to bring down Donald Trump,” Limbaugh said at the start of his lengthy, misinformation-filled rant.

“Now, I want to tell you the truth about the coronavirus. ... I’m dead right on this. The coronavirus is the common cold, folks.”