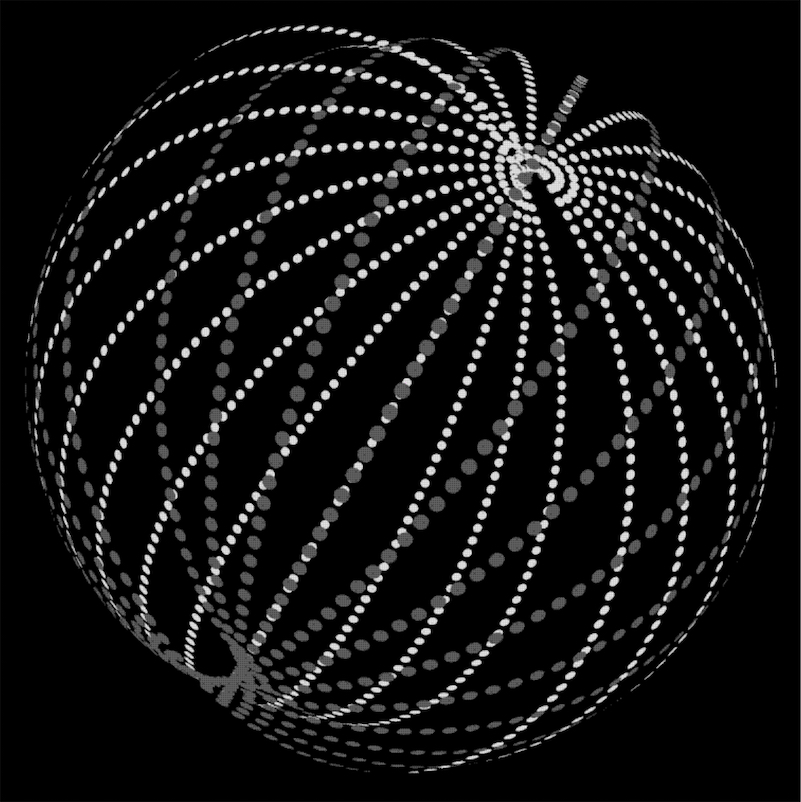 In 1960 during the early days of the search for extraterrestrial intelligence, theoretical physicist Freeman Dyson, who died last month, wrote an article titled "Search for Artificial Stellar Sources of Infrared Radiation" for the journal Science. He posited that "if extraterrestrial intelligent beings exist and have reached a high level of technical development, one by-product of their energy metabolism is likely to be the large-scale conversion of starlight into far-infrared radiation." One way to achieve that, he suggested, was by building an "artificial biosphere surrounding one star." And with that seed, the science fiction (science fact?) idea of an alien megastructure has grown, even making its way onto an episode of Star Trek: The Next Generation. From Elizabeth Howell's article in Space.com:

One of Dyson's daughters sent the physicist a videotape of a 1987 episode of "Star Trek: The Next Generation" called "Relics," Dyson said. The plot follows a distress call heard by the famous USS Enterprise starship; fans of the series may recall this as a crossover episode with "Star Trek: The Original Series" star Montgomery "Scotty" Scott (played by James Doohan).

The crew warps in space to the source of the call and discovers an immense Dyson sphere — which is indeed portrayed as a solid spherical object — surrounding a star. If we were to place this sphere in our own solar system, it would be so large that it would extend almost as far as the orbit of Venus, according to "Star Trek" fan site Memory Alpha. (In the episode, the Dyson sphere is explained as being as large as two-thirds of Earth's orbital diameter, and Venus' orbit is a little beyond that point.)

"I watched it [the episode], and oh yes, it's very clearly labeled [as a Dyson sphere]; it was sort of fun to watch it, but it was all nonsense," Dyson said in [a 2003 video interview below]. He added that the name "Dyson sphere" is a misnomer, as he originally got the inspiration from 1930s science fiction writer Olaf Stapledon, who first wrote about the concept in the novel "Star Maker."

Depictions such as the one in "Relics" have given us the current popular understanding of a Dyson sphere, which envisions a mammoth structure surrounding a star to capture as much of its energy as possible.

So imagine everyone's surprise when in 2015 scientists announced a star that was exhibiting strange behavior, fluctuating with no apparent pattern. Many ideas were put forth by the discovery team, including the idea that perhaps this was a real-life Dyson sphere in action.

Previously:
• "Alien "megastructure" mystery deepens, but probably isn't a Dyson sphere"
• Explainer video on how to build a Dyson Sphere