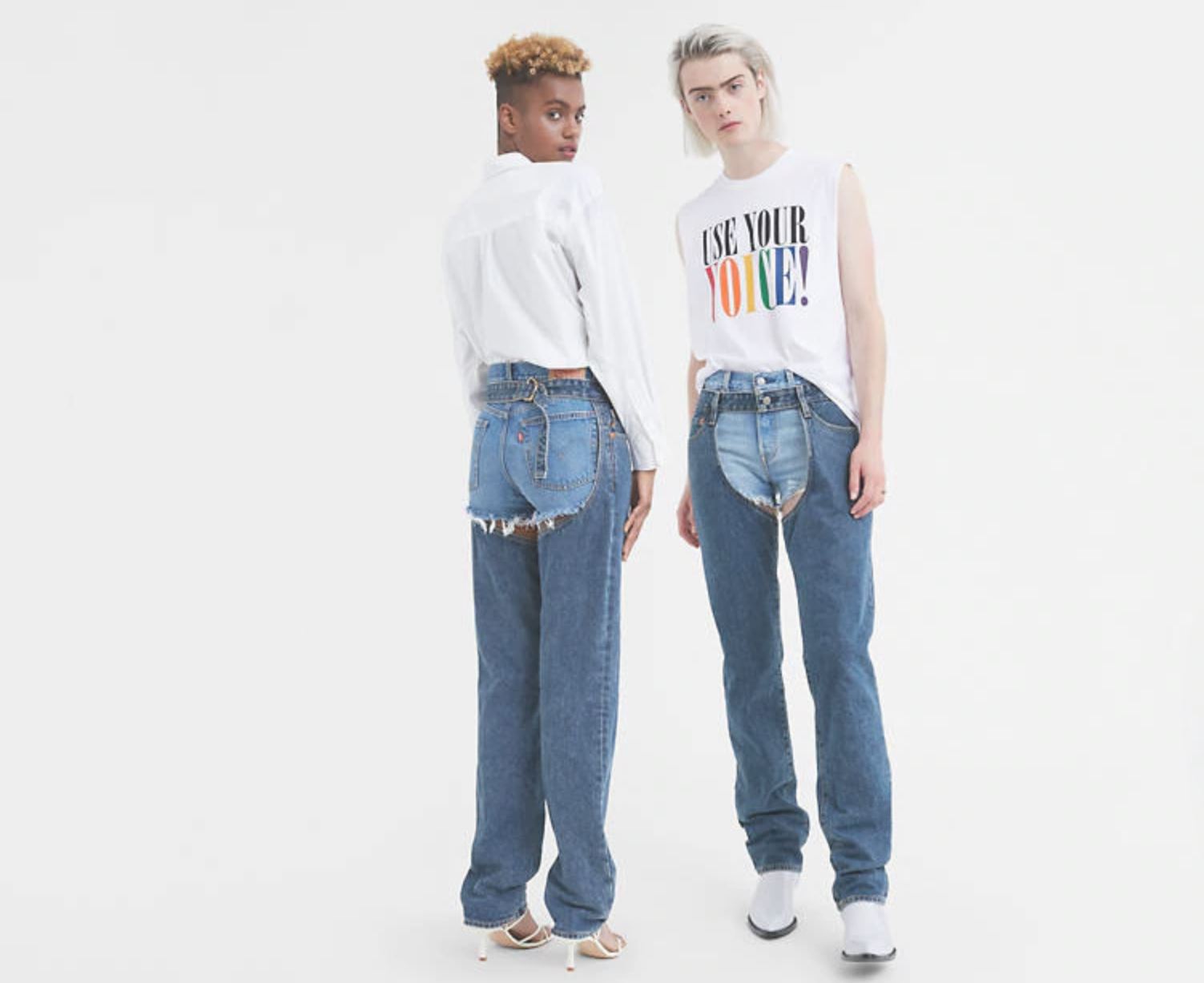 To celebrate Pride, Levis decided to make and sell denim chaps. They cost $98 and come in small, medium or large in stonewashed blue.

No ordinary Pride collection. This year, we've banded together with artists and activists around the world to create space for one single message to prevail: USE YOUR VOICE!

100% of net proceeds from Levi’s® Pride 2020 collection go to OutRight Action International
A classic Levi’s® silhouette, reimagined as a pair of unapologetically bold chaps
Made with Water

Lightweight pre-faded denim? Fffft. Give me 20oz raw indigo. I love the accompanying rainbow belt, though.

all chaps are assless / fashion / pride