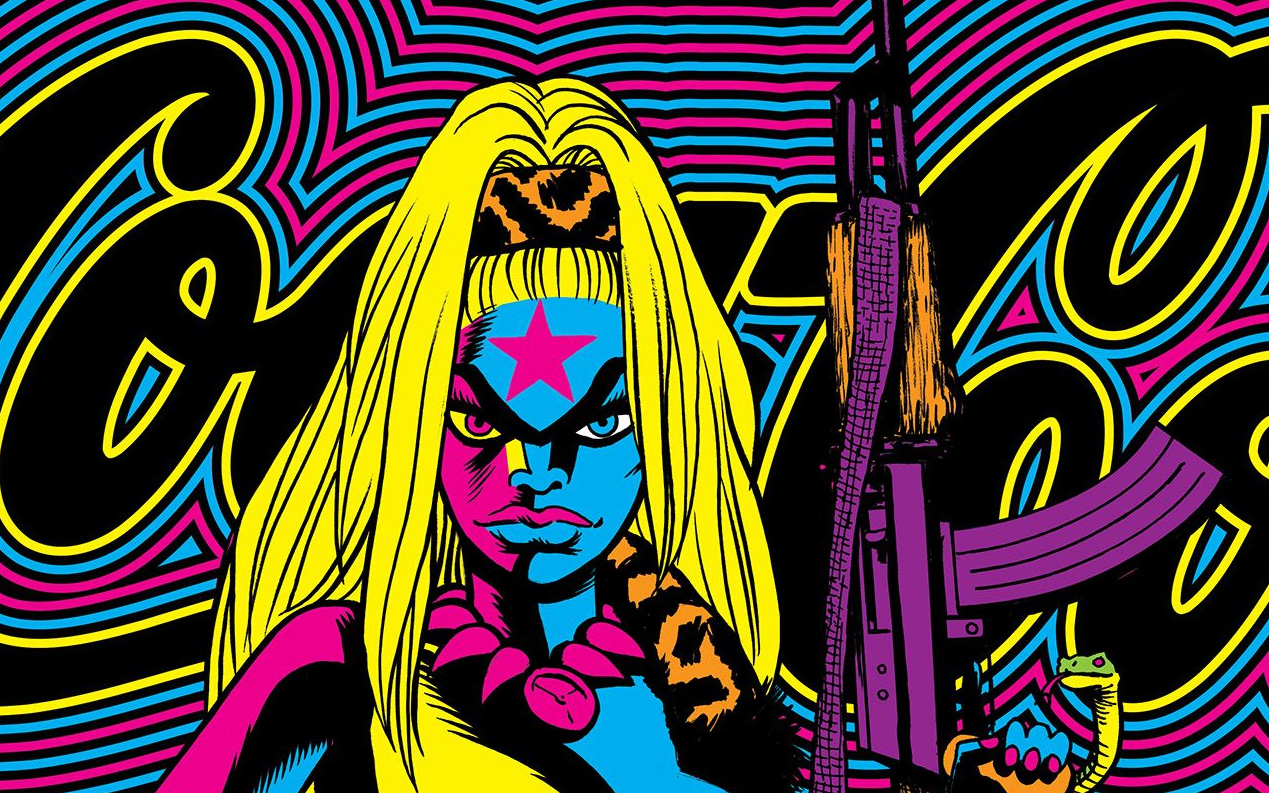 Mtsyry: Octobriana 1976 is a new book from Jim Rugg featuring Octobriana, the Russian superhero star of cult 70s comics which themselves have a strange and confusing history. Rugg's incarnation will be printed in fluorescent blacklight inks by AdHouse Books, which is apparently the first time this has been done: "It should look incredible and appeal to fans of weird comics, printed matter, unique zines, 70s counter-culture."

The kickstarter has 8 days left and has already blasted past its target. Rugg writes: