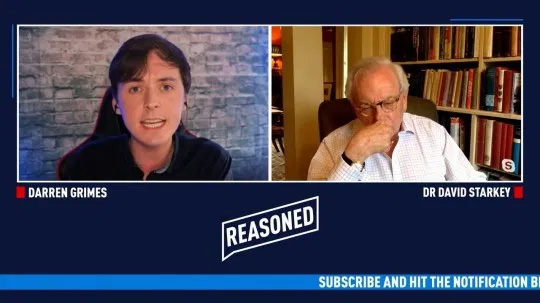 British historian David Starkey was fired today from one appointment and resigned from several others after remarking that the existence of "so many damn Blacks" showed that slavery was not a form of genocide. Canterbury Christ Church University immediately gave him the sack, while Fitzwilliam College in Cambridge said it "accepted the resignation of historian David Starkey from his honorary fellowship with immediate effect" and that "We do not tolerate racism." Former UK chancellor Sajid Javid assailed him on Twitter and the Mary Rose Trust also rid itself of him promptly.

We have terminated David Starkey's position as Visiting Professor with immediate effect. His comments are completely unacceptable and totally go against our University and community values.

We are the most successful multi-racial democracy in the world and have much to be proud of. But David Starkey's racist comments ("so many damn blacks") are a reminder of the appalling views that still exist.

Starkey made the remark while being interviewed by right-wing YouTuber Darren Grimes. Grimes's show, Reasoned, was launched in defense of free speech, a term he uses frequently to describe his aims, with Grimes announcing that "I want you to join us in thinking for yourself and not following the online mob." And yet…

Those things still ring true. I reject in the strongest possible terms what Dr Starkey said in that clip and so very wish I'd caught it at the time. I am still learning the ropes, I will be much more alert to challenging this kind of thing in future. Thank you for the emails.

This is neither to praise the platforming of racists on "best disinfectant is sunshine" grounds nor to condemn Grimes as a hypocrite. I'm just pointing out that privately-mediated "free speech" is unreal nonsense, a marketing and self-branding proposition that always collapses when reality bites.