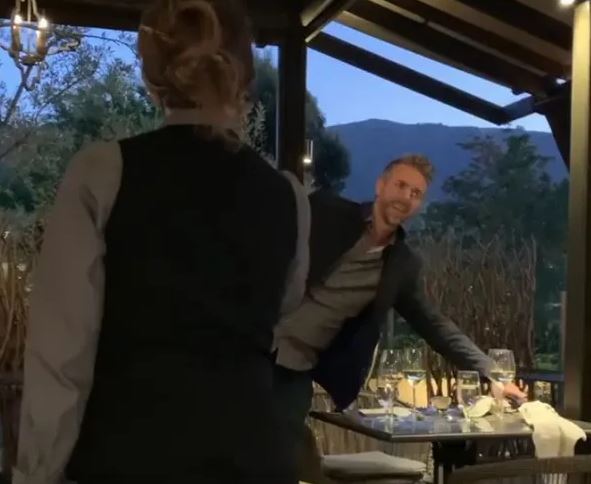 Lofthouse, CEO of San Francisco cloud computing company Solid8, was immediately kicked out of the restaurant by staff. The video, apparently shot by someone in the group he was berating, begins with someone asking him to repeat something he'd just said. He demurs at first, but ultimately cannot help himself.

Jordan Chan writes that she was with her family celebrating her aunt's birthday at Bernardus restaurant when Lofthouse began pestering them with abuse. In the video, Lofthouse raises his middle finger while someone off-screen tells him "you need to leave."

“Trump's gonna fuck you,” Lofthouse lobs back. “You fuckers need to leave. You need to leave! Fucking Asian piece of shit!”

“No, you do not talk to our guests like that," the staffer yells. "Get out of here."

“Who are these fuckers?” Lofthouse says.

Lofthouse apologized after his identity was revealed.

"My behavior in the video is appalling. This was clearly a moment where I lost control and made incredibly hurtful and divisive comments," he said. "I would like to deeply apologize to the Chan family. I can only imagine the stress and pain they feel."

Lofthouse added that he will take the time to reflect on his actions and "work to better understand the inequality that so many of those around me face every day."