After Larry David's spite goes up in flames, along comes the Ember smart mug 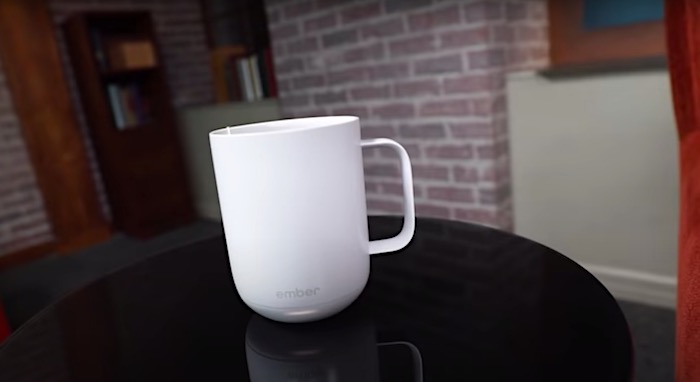 Have you ever been let down by a business you frequent? Have you ever patronized an establishment and thought, "Man, who's running this place? A pack of teacup chihuahua's in a person suit?" That feeling of betrayal inspired Curb Your Enthusiasm's character Larry David to open up his very first spite store, Latte Larry's.

The spite began when Mocha Joe, the owner of Mocha Joe's, served Mr. David a cup of coffee that became too cool, too fast. The disagreement over proper beverage temperature motivated Mr. David to invent his shop's signature self-heating mug. Located right next to Mocha Joe's, Latte Larry's goal was to ensure that not a single customer's cup of joe goes cold.

However, Mr. David was unable to revel in the contemptuous victory, for where he goes fiasco follows. His invention ended up in flames, reducing both Mocha Joe's and Latte Larry's to ashes. Mr. David blames the accident on an employee's rogue appendage.

While Mr. David is under investigation, a real-life version of the mugs, ironically called the Ember, has topped Science Focus Magazine's list of the coolest gadgets for 2020. This iteration of the self-heating mug connects to your smartphone and will keep your beverage at the temperature of your choice for 1.5 hours. If you can stomach the scorching $99.95 price, check out Ember, along with 46 other new pieces of tech, here.

If you plan to avenge your enemies, please be cautious not to take yourself down with them.