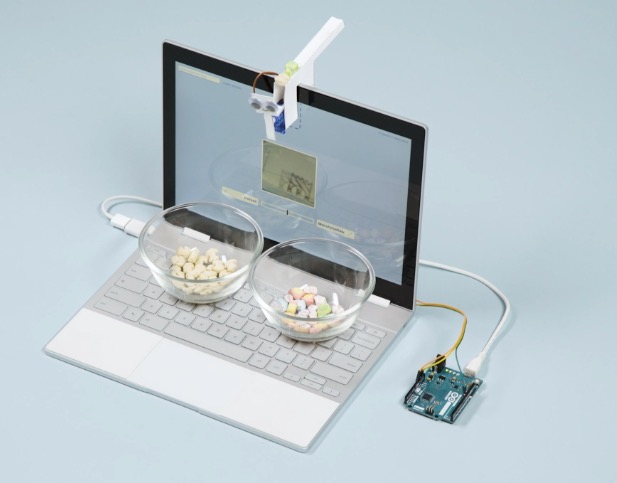 The Tiny Sorter is a device you can make from an Arduino, a remote control servo, and some cardboard to sort marshmallow bits from a box of breakfast cereal. It's a clever mechanism that uses a laptop webcam and Google's machine learning software to learn the difference between marshmallow bits and cereal bits.

I installed the GPT-2 language model 0n my laptop last year and I've been fascinated by the text it produces from a prompt. Here's an example. I entered the following as prompt: Pennsylvania is sometimes referred to as "East Utah" in regards to its legendarily restrictive alcohol laws. Where else in the United States were […]

University researchers from Hong Kong and China created an application called DeepFaceDrawing that "allows users with little training in drawing to produce high-quality images from rough or even incomplete freehand sketches." Image: YouTube