Making arrowheads, knives, and stone tools out of slate 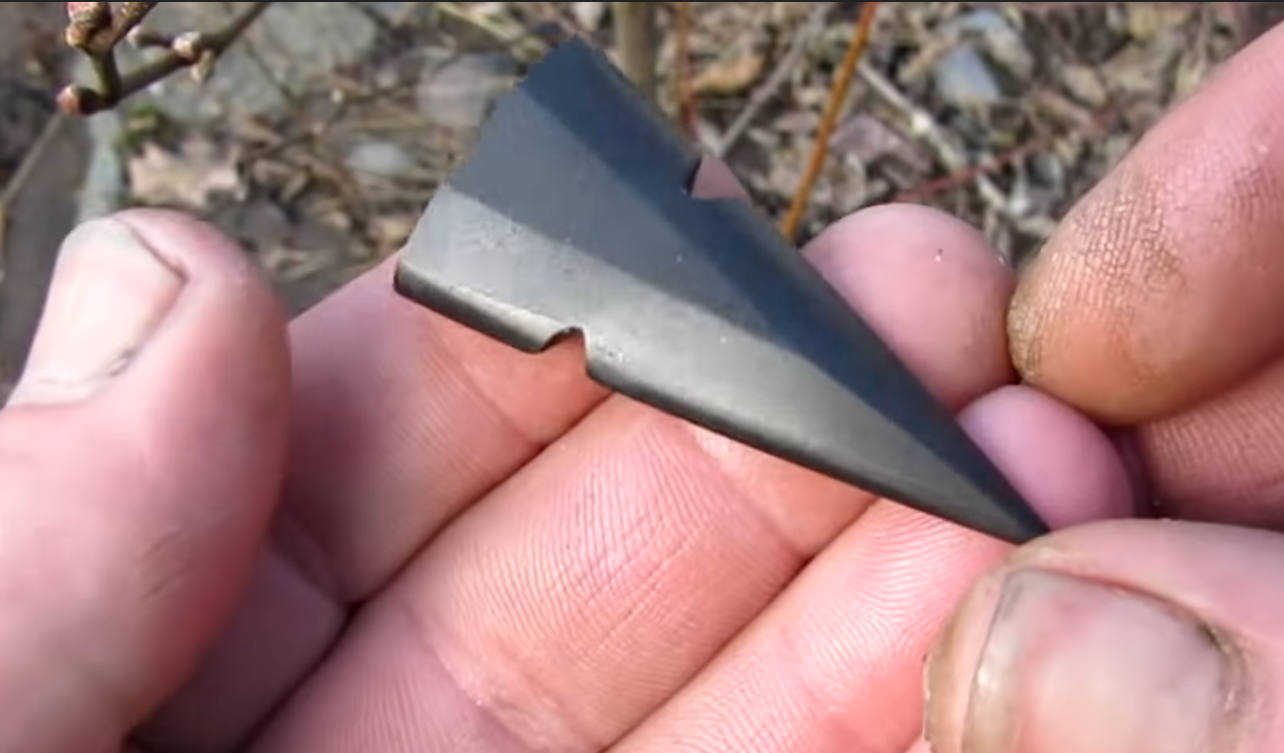 I found this video absolutely mesmerizing. It in, a primitive tech enthusiast from the Pacific Northwest fashions some beautiful and lethal- and effective-looking arrowheads, knives, and tools using ground and polished slate.

As he points out in the lengthy video description, he doesn't have access to the more superior, knappable flint in his area, so he learned the technique for grinding and polishing slate which has been used by indigenous people in that area and around the world for ages. It is astounding what you can make with a piece of slate, water and grinding sand, and a world of patience and time.

Trigger warning: A skinned chicken was shot through with arrows and cut up with slate knives in the making of this video.

Junkyard flintnapping: arrowheads made from old glass and porcelain

On Historic Hunter, Shawn Woods repurposes materials he finds in a local dump into arrowheads using antlers and simple metal objects. The ancient technique, called flintknapping, will be handy to know after the zombie apocalypse.