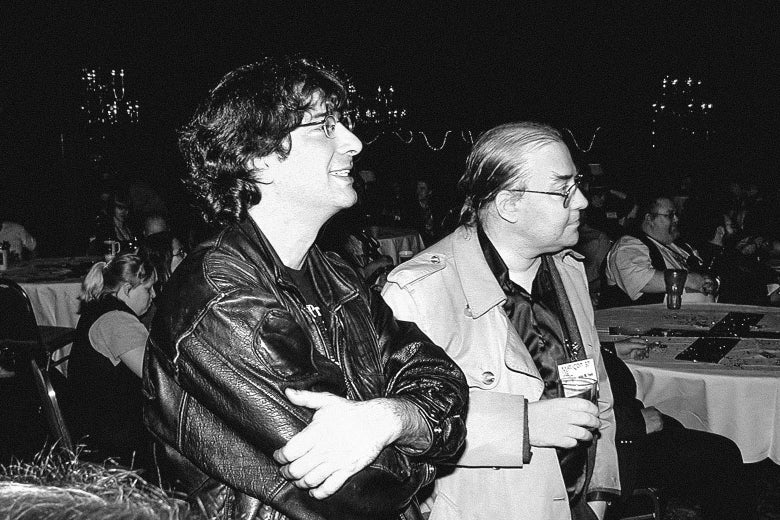 "King Boreas and the Vulcans" is a Star Trek-themed rewrite of a traditional mummer's play, by the delightful (and sadly departed) John M Ford and friends.

King Boreas and the Vulcans

Stefan Jones sez, "Science fiction writer and game designer John M. Ford passed away last night. I'll leave the dignified tributes to others, and present a sample of how I best knew the guy, namely his hilarious off-the-cuff riffs posted on Making Light. One of the posters in the commemoration thread found this recipe for Hot Gingered Pygmy Mammoth:"

Preheat a giant turtle shell over a fumarole. A big giant turtle. Put some oil in there. Make sure no other giant turtles are around to see you do this.

On a flat rock, stirring with your Stick of the Dining God, dry cook the sesame seeds over medium heat until they are brown and smell good. Remove from the heat. Add the noodles to the turtle shell and fry fast until puffy and the color of sunrise. Remove from the oil and drain on non-itchy leaves. Throw salt. Set aside.

Sear the mammoth meat on the flat rock. Salt but don’t overdo it, you remember what happened to the Chest-Clutching Tribe of the Plains. Drain.

(Thanks, Stefan!) Read the rest