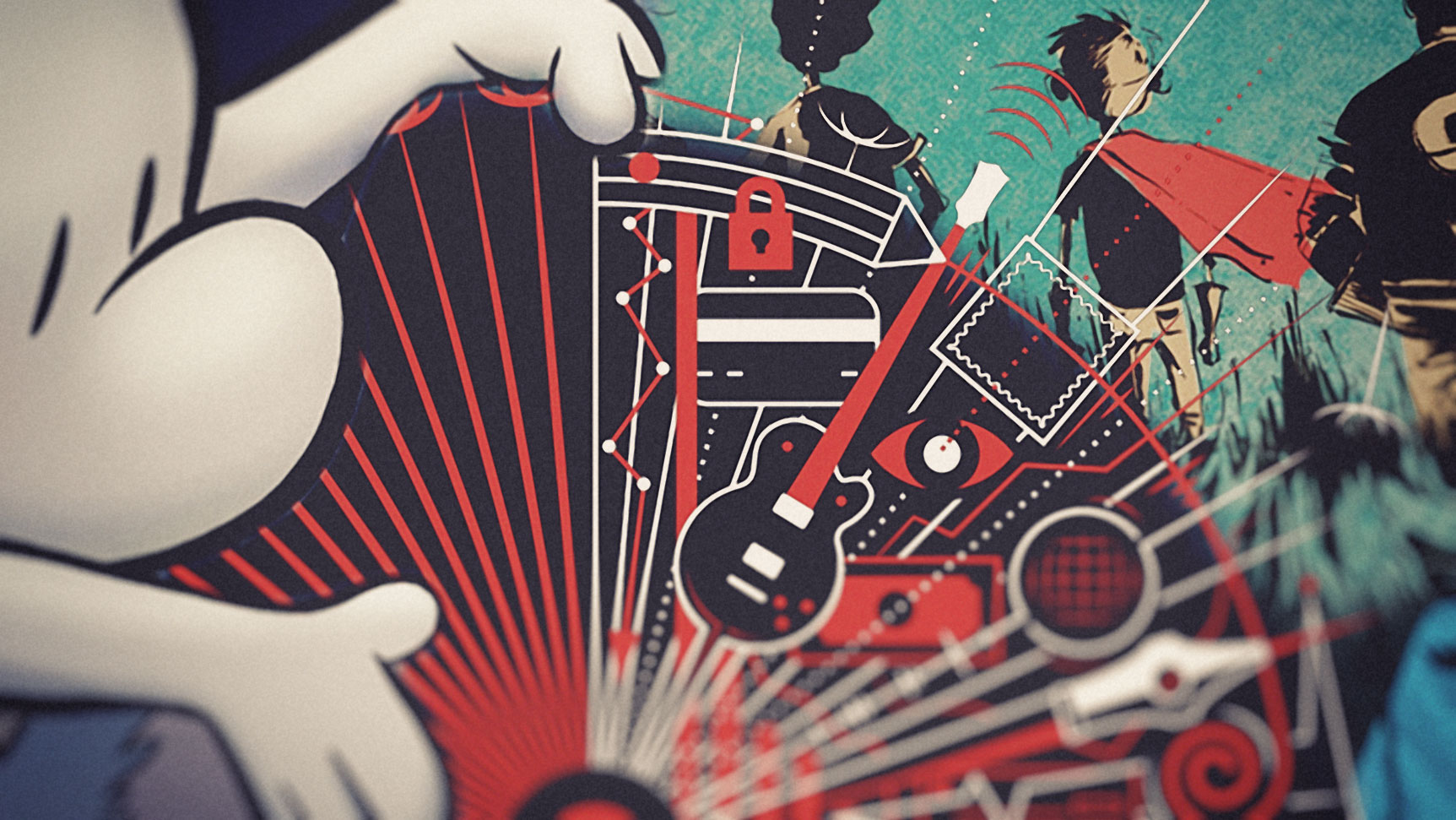 Banned Books Week is just around the corner and to help prepare readers for this event, the folks at Humble Bundle have put together a collection of challenged and banned comics.

A portion of the proceeds goes towards benefitting The Comic Book Legal Defense Fund, who helped curate this limited time bundle. Many notable creators are represented here including Alan Moore, Scott Snyder, Jeff Smith, Jeff Lemire, Garth Ennis, the Hernandez brothers, and even Cory Doctorow himself.

For such a unique bundle about controversial comics, it only felt fitting to call upon an individual just as unique to provide the very first Humble Bundle intro; enter comics historian Craig Yoe, no stranger to the most salacious corners of comicdom.

Take it away, Craig!

She discovered my gaily-painted childhood wooden toy box now had a big steel padlock on it that I had got from Miller's Hardware Store. And it had a hand scrawled sign defiantly affixed: KEEP OUT! THIS MEANS YOU!

Mom became hysterical when I refused her demands to open the box to reveal its hidden contents. She could only imagine what dark secrets it contained.

It WAS filled with terribly embarrassing stuff that I didn’t want anyone to see because it would reveal emblematic objects of my conflicted, tormented adolescence: “men’s magazines” and “children’s comic books.” Read the rest