In the arsenal of eternal skeptics there are few tools more dramatically and more commonly used than Ockham’s razor. It is triumphantly applied to resolve arguments about ghosts (more parsimoniously seen as misperceptions by distraught family members or the suggestible), UFOs (evidently hoaxes and mistaken observations of natural phenomena) and telepathy (a “delusion” of wishful thinking and poorly-constructed tests).

Born in England, Franciscan monk William of Ockham (c. 1287–1347) is among the most prominent figures in the history of philosophy during the High Middle Ages. The Skeptics Dictionary quotes the Razor as Pluralitas non est ponenda sine necessitate, or “plurality should not be posited without necessity," while Wikipedia defines Ockham's razor as follows:

“Among competing hypotheses, the one that makes the fewest assumptions should be selected.”

And it gives the following example of its application:

“It is possible to describe the other planets in the Solar System as revolving around the Earth, but that explanation is unnecessarily complex compared to the contemporary consensus that all planets in the Solar System revolve around the Sun.” Another often-quoted formulation of the principle is that “one should not multiply entities beyond necessity.”

Brother Ockham, however, said nothing of the kind. Later philosophers have put these words into his mouth for their own convenience. Read the rest 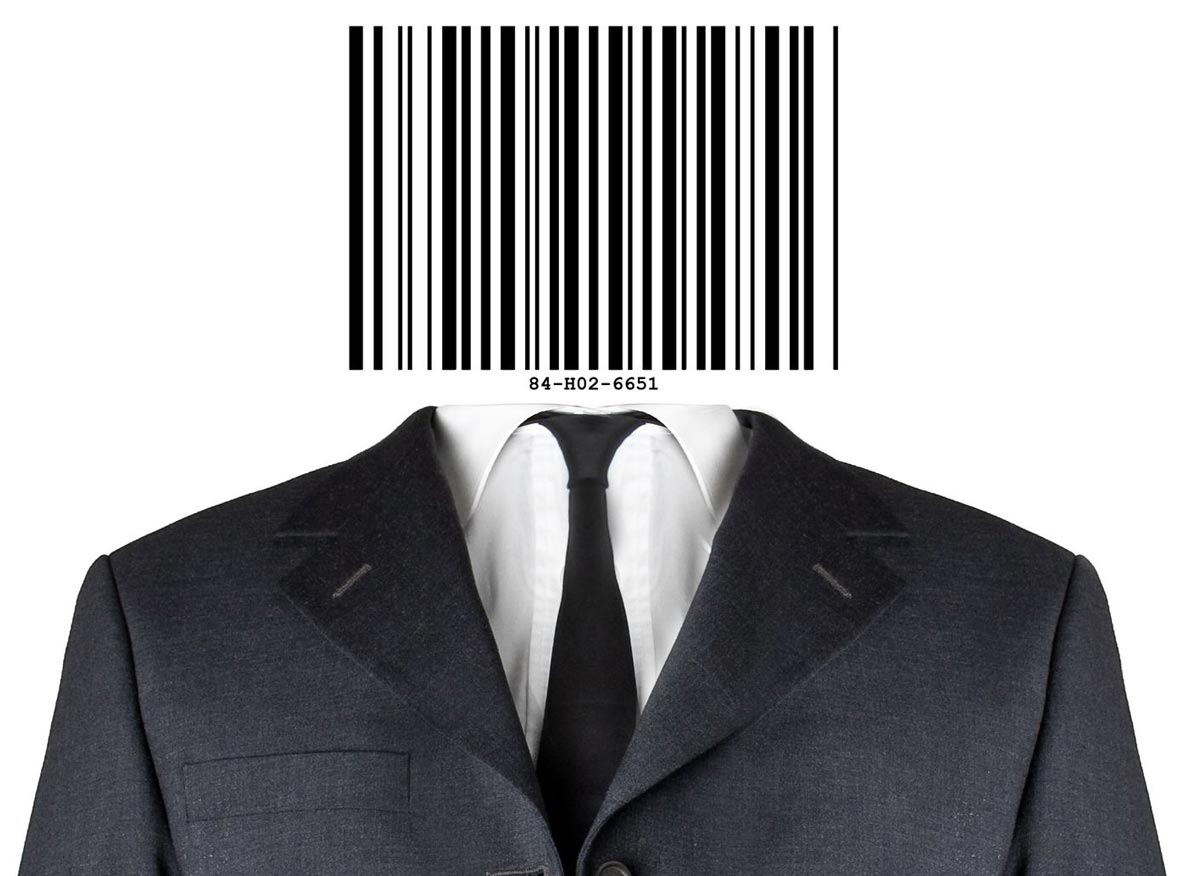 You may think of yourself as a user of Google, Facebook or Amazon, but you are actually their product.

Sure, Google will provide you with search results, but they are not in the search business; they are in the advertising business. Their profits come from marketing firms that buy your behavior.

Similarly, Amazon is not in the book business, although they will send you the books you've ordered. They are in the personal information business.

The assets of modern web-based companies are the intimate profiles of those who "use" them, like you and me. Time to forget the nice pronouncements like "Do no evil" that accompany the wholesale destruction of privacy now taking place on the web, or rather within the walled gardens that companies like Facebook, Google and Apple are erecting around us on the web. Compared to them, the Chinese censors re-inventing their Great Wall are a bunch of sissies.

Any smart CEO would kill to have a product like you that doesn't cost anything and keeps renewing itself indefinitely so it can be sold and resold and resold to many different customers. Read the rest

Stating the Obvious : If you don't have a house you don't need no sofa

OK, so I'm not an economist. But as a venture investor in early-stage medical and technology companies I read the usual financial articles that come across my screen and I see the same statistics everybody is seeing. I listen to Obama and I watch the TV shows where pundits argue with Congressmen about the wisdom of this or that particular tax or stimulus measure to restart our sick economy. I have nothing to say about this, no statistics of my own and no fancy theory, so instead of taking sides in this particular debate I keep looking for the things that are missing. Read the rest

Based on the three earlier posts I have made on this subject, an objective reader might be justified to conclude either that crop circles are the product of hoaxes or the result of experimental military developments. In both cases he or she would also have to admit that they represent a masterful project in social engineering. Read the rest

In an earlier post I reviewed some possible explanations for the crop circle phenomenon, and I noted the various theories left several issues unanswered: Who are the hoaxers and what is their exact role in the charade? If a technology is involved, how does it work to actually make the designs? Could it be directed from space or simply from an aerial platform? And why would anyone develop such a beam in the first place? What seemed to me like simple questions raised a surprisingly emotional and occasionally venomous storm of comments on this blog and on other, more specialized, lists. Since we have obviously hit a nerve it may be interesting to drill a bit further.

While New Age believers and skeptics feel passionate about the issue, the educated public and the scientific and technical community have firmly pushed it out of their mind, convinced that all the circles were hoaxes. Even the people who have studied the circles or commented on them may argue for or against their paranormal nature, the possible role of Aliens or the idea that the designs hide an experiment in military electronics, but there is no disagreement about the fact that most of the designs have been made by hoaxers. Read the rest

My previous post about crop circles could be considered, among other things, as a social science test of the role of belief systems in the manipulation of memes and factual data. One of the meta-questions that interest me has to do with the spontaneous rejection of new or unpopular ideas, even in the supposedly open, free and consciousness-enhancing environment of the web.

It seems that what was "forbidden science" in academia is also forbidden in cyberspace. Read the rest

In Search of Alien Glyphs (or are they microwave blasters?)

In Sept. 1991, I published in a New Age magazine my own hypothesis about the Crop Circles phenomenon. I speculated they involved a military aerial device (not a space-based instrument) for generating such designs using focused microwave beams, such as a "maser." At the time nobody wanted to hear that the beautiful pictures in English corn fields might be crafted by a technical team inside some lab, bouncing signals from a hovering platform and using individual corn stalks as simple pixels to calibrate a lethal device. So my paper was met with dead silence.

More recently, however, New Scientist has run an article titled "Microwaves could defuse bombs from afar" (April 18, 2009 issue). It begins: "The next weapon in the US army's arsenal could be a laser-guided microwave blaster designed to destroy explosives. The weapon, called the Multimode Directed Energy Armament System, uses a high-power laser to ionize the air, creating a plasma channel that acts as a waveguide for the stream of microwaves."

These things are typically revealed 30 years after they are tested, which fits well with the heyday of the crop circle frenzy. Read the rest

In our age of rational science the occult has never been more in demand: Angels and demons are popular, the Da Vinci code and lost symbols fascinate audiences worldwide and Hollywood is eager to turn out more movies with a paranormal theme. So why is it that so many of these stories seem flat, and fail to reach the level of insight into hidden structures of the world true esoteric adventures are supposed to promise?

Perhaps the answer has to do with the failure of gifted directors to come to grips with the enormity of the unknown issues of human destiny, or to pose the fundamental questions their esoteric subject would demand. We go away charmed by artistic visions, dazzled by the pageantry of cardinals in red capes and titillated by women in black garters but the Illuminati only scare us because of the blood they spill, not the existential issues they should transcend. They behave like any other gang of thugs, even if they utter their rough curses in Latin rather than street slang, cockney or modern Italian.

The circumstances that made this point clear to me arose when I watched again two movies within a few days, namely Kubrick's Eyes Wide Shut and Roman Polanski's The Ninth Gate. Read the rest

When it was revealed that the U.S. resorted to torture to extract information from prisoners, many people my age must have had a very somber thought for the thousands of young Americans who had given their lives on the beaches of Normandy in a brave effort to rid the world of governments that engaged in such shameful practices. Two other thoughts flashed to mind: the stupidity of giving up the high moral ground at a time when the U.S. had earned so much goodwill thanks to its stand on democracy and human rights; and the pointlessness of such interrogations, often stated by our military experts, since the victims will generally admit to anything in order to stop the pain.

My friend, French Résistance leader Jacques Bergier, who was tortured multiple times by the Gestapo, made the ludicrous "confession" that his network planned to invade Corsica. In reality they were looking for heavy water and for Werner von Braun's rocket base.

As a child of World War Two who remembers its limitless horrors, my revulsion at the practices of Guantanamo and Abu Ghraib was so great that it took me a while to realize the more positive implications: if our henchmen used waterboarding, a practice so primitive it placed us in the same hateful historical imagery as the caves of the Inquisition and the cellars of the Nazi, this can only mean that all the fancy interrogation drugs developed in classified labs in the 60s and 70s have failed: there is no truth serum. Read the rest