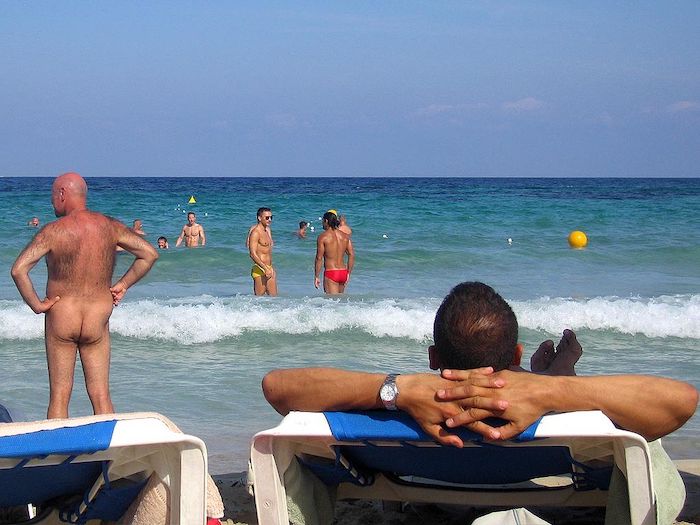 The Barcelona area has beautiful beaches, including some that are nudist-friendly. But skinny dippers beware — robbery is common when people leave their stuff on the sand to swim (more than 850 thefts so far this summer), and many of the victims are naked, who come back to their spot on the sand without a stitch of clothing to be had.

Thankfully, the local police are stocked with clothing replacement kits just for the occasion, which include "a T-shirt bearing the city council logo, a pair of shorts, flip-flops and a metro ticket," according to The Guardian.

The kits handed out by officers of the city’s Guàrdia Urbana have saved the blushes of 174 bathers since this year’s summer season officially began on 27 May. The number given out has increased each year since they were introduced in 2016.

If you plan on swimming au natural in Spain, or anywhere for that matter, you might want to bring a buddy to guard your belongings. Actually, this goes for suited swimmers as well.