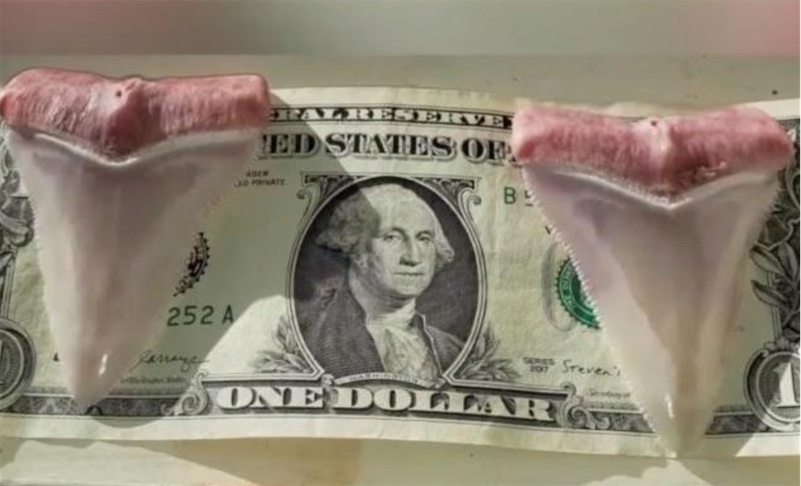 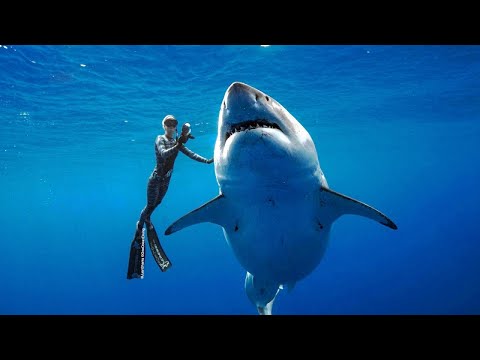 Watch marine biologist Ocean Ramsey (yes, Ocean is her first name!) swim with a 20-foot great white shark off the coast of Oahu, Hawaii. First spotted off Guadalupe in 2014, this animal, nicknamed "Deep Blue," is thought to be the largest great white in the world. They're definitely going to need a bigger boat.

“We never would have imagined we would be fortunate enough to be graced with the presence of this massive, big, beautiful, female white shark," says Ramsey, who at the time was observing tiger sharks with her One Ocean Research team. “It fills my heart with joy and takes my breath away.”

Beyond magic! Please #helpsavesharks !!!! Incredible swimming with “Deep Blue” one of the largest great white s for hour! Just using our @oneoceandiving boat as a scratching post, so mellow and beautiful. Help ban the purposeful killing of sharks and rays with @oneoceanconservation this year & in your local/international community ❤️❤️❤️❤️❤️❤️❤️❤️ AHHHHHHMAZING!!!! #Beyondwords still out to sea/going back in ?????? vid shot by @oneoceandiving Shark specialist & my amazing #seaster @mermaid_kayleigh out with @juansharks @forrest.in.focus @camgrantphotography @oneoceanresearch