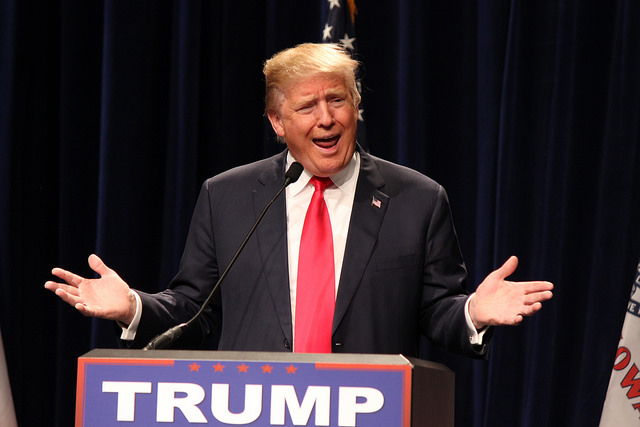 Yesterday morning, Trump tweeted, "After witnessing first hand the horror & devastation caused by Hurricane Harvey, my heart goes out even more so to the great people of Texas!"

It's a nice sentiment, but unfortunately it doesn't appear to be true. It seems Trump was nowhere near enough to the devastation of Hurricane Harvey to actually witness it, but instead was safe and sound – and dry.

According to a tweet by journalist Andrew Beatty, writing for Agence France-Presse, "I traveled with the President yesterday. Personally, I would not claim to have seen Harvey's horror and devastation first hand."

And from John J. Gillman: "Our reporting does not match claim that @POTUS witnessed any horror or devastation first hand."

And from the press secretary Sarah Huckabee Sanders, via The Washington Post:

He met with a number of state and local officials who are eating, sleeping, breathing the Harvey disaster. He talked extensively with the governor, who certainly is right in the midst of every bit of this, as well as the mayors from several of the local towns that were hit hardest. And detailed briefing information throughout the day yesterday talking to a lot of the people on the ground. That certainly is a firsthand account.

Uh, sorry, but that's not a firsthand account. A firsthand account would be wading through the flooded streets (or at least seeing them with your own eyes), talking to victims, maybe jumping on a rescue boat and helping out some stranded folks. But talking to some officials about it while insulated from the disaster is not firsthand, it's a secondhand account. Read the rest