The mystery of our 12-hour delay: the Mirage Expedition 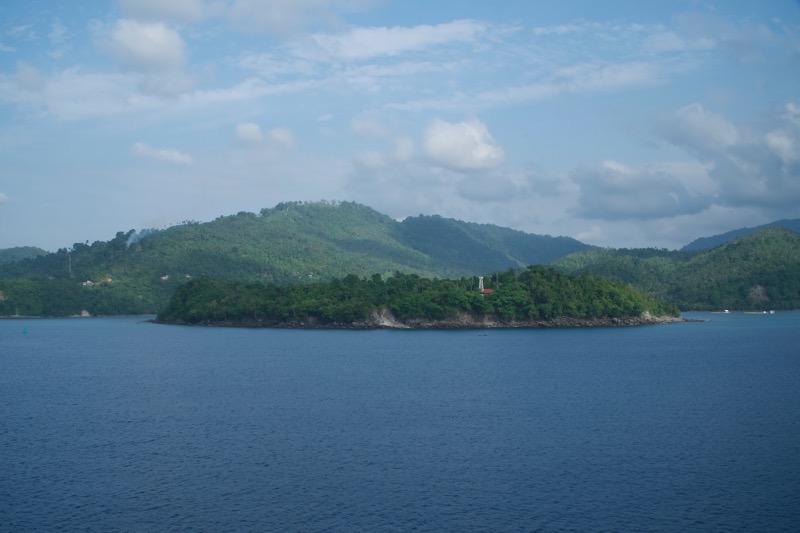 Previously: Investigating the Great Earthquake of 2012

This year for the 4th of July, I varied my routine ever so slightly by spending the day aboard the R/V Marion Dufresne outside of Sabang harbor on the island of We, which is just north of the tip of Sumatra. For more than 12 hours, from roughly 11 in the morning to almost half past 11 at night, we waited and waited, and waited some more, as the local Indonesian immigration and port officials did whatever it was they needed to do to release eight of their fellow citizens into our care. As you can see, I took a few snapshots of the little islands that fringe the marginally larger island of We, but we were not permitted to go ashore.

The following morning, the mystery of our delay was partially explained. As I understand it, the local Sabang authorities had wanted to send our new passengers’ passports to Jakarta for approval, which would have delayed our expedition by days. Fortunately, cooler heads prevailed, the passports were returned, and we were allowed to proceed south.

Most of the new members of our crew are Indonesian students studying geophysics and other sciences related to our survey of a seismically active section of the Wharton Basin, which is 3 kilometers below the surface of the Indian Ocean. Also aboard are a couple of Indonesian scientists, as well as an Indonesian security officer, who’s a captain in the Indonesian Navy and has been empowered to approve any changes to the expedition plan that’s already been approved by the Indonesian government. Read the rest

Investigating the Great Earthquake of 2012: the Mirage Expedition 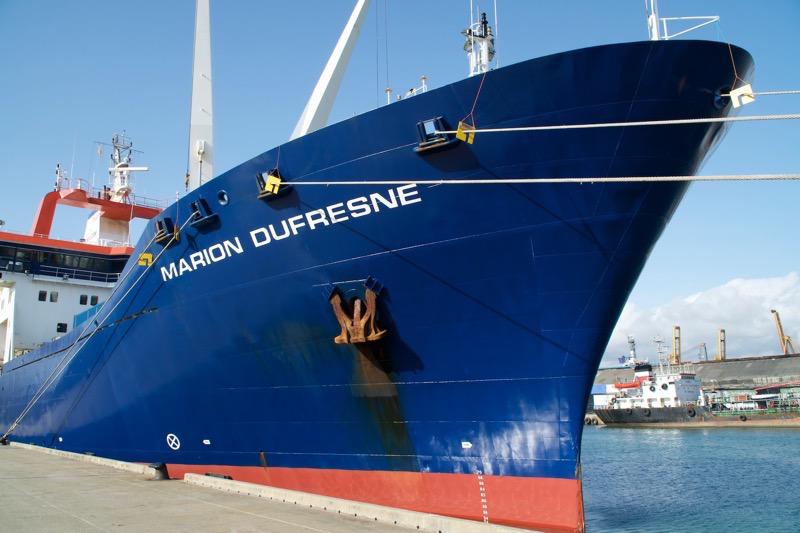 On April 11, 2012, a magnitude-8.6 earthquake, followed a few hours later by a magnitude-8.2, struck the Wharton Basin, which lies approximately five kilometers below the surface of the Indian Ocean, and some 500 kilometers southwest of the tip of Sumatra. Unlike the magnitude 9.2 earthquake of 2004, whose epicenter was in the volatile subduction zone just off the western coast of Sumatra, the Great Earthquake of 2012, as it’s come to be called, did not trigger devastating tsunamis resulting in the loss of thousands of lives. That may be because its epicenter was well within the Indo-Australian plate, at a depth of 50 kilometers. Even so, the Great Earthquake of 2012 is of keen interest to scientists—at magnitude-8.6, it is the largest intraplate earthquake ever recorded.

During the month of July, I get to accompany an international group of scientists and students on an expedition dubbed MIRAGE, which stands for “Marine Investigation of the Rupture Anatomy of the 2012 Great Earthquake.” Composed of representatives from the Institut de Physique du Globe de Paris (IPGP), the Indonesian Institute of Sciences (LIPI), and the Earth Observatory of Singapore (EOS), the group’s collective task is to acquire bathymetry (i.e., to map the seafloor and its sub-surface) in the section of the Wharton Basin directly above and around the epicenter of the 2012 magnitude-8.6 earthquake. My job is to write about their work for EOS's blog. #MIRAGEcruise.

I’ll also be posting at Boing Boing from time to time, to give this site’s readers a heads up on what’s been posted at EOS, as well as to share some of my photos and impressions of the trip. Read the rest