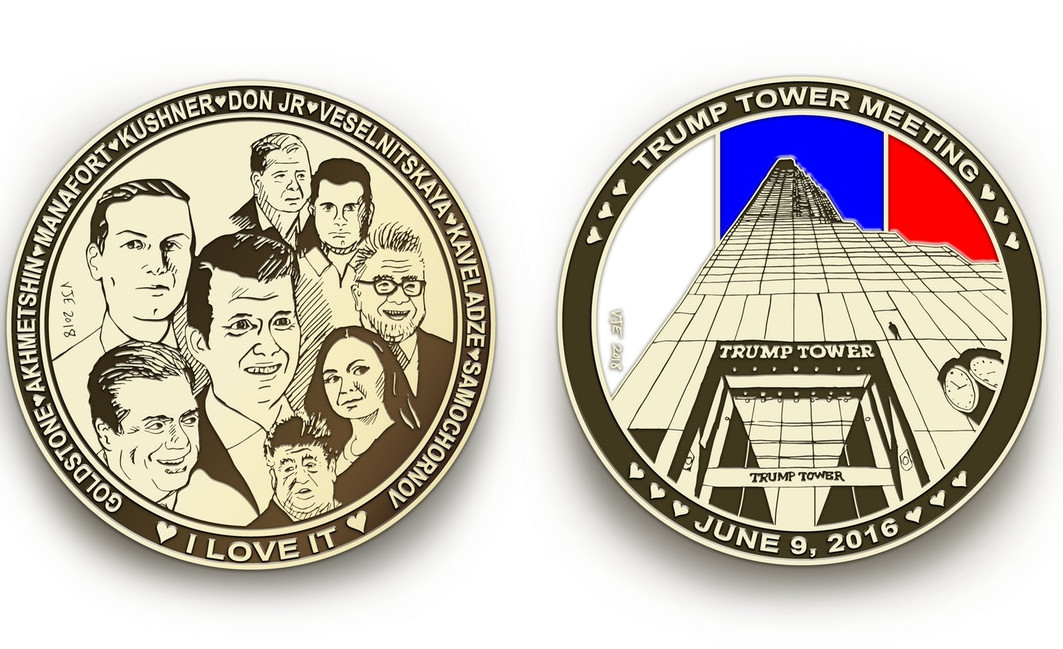 John writes, "My partner, Valery Estabrook, is an artist who has started a Kickstarter for a project of limited edition coins based on actual historic events associated with the Trump administration. The first of these is a coin commemorating all the participants of the infamous Trump Tower Meeting with Don Jr." Coins are $15 and up! Read the rest

Tim Hornyak writes about the new oversized Canadian commemorative quarters, which will feature glowing dinosaur skeletons, which is exactly what I've always wanted on all my money.

Made of cupronickel, the coin has a face value of 25 cents but is much larger than a regular Canuck quarter.

It shows an artist's rendering of Pachyrhinosaurus lakustai, a 4-ton, 26-foot dinosaur discovered in Alberta in 1972. It's the first in a four-coin series of photo-luminescent prehistoric creatures.

The mint says the skeleton can best be seen after the coin is exposed to sunlight, or to fluorescent or incandescent light for 30-60 seconds, adding that the luminescence won't fade with time.