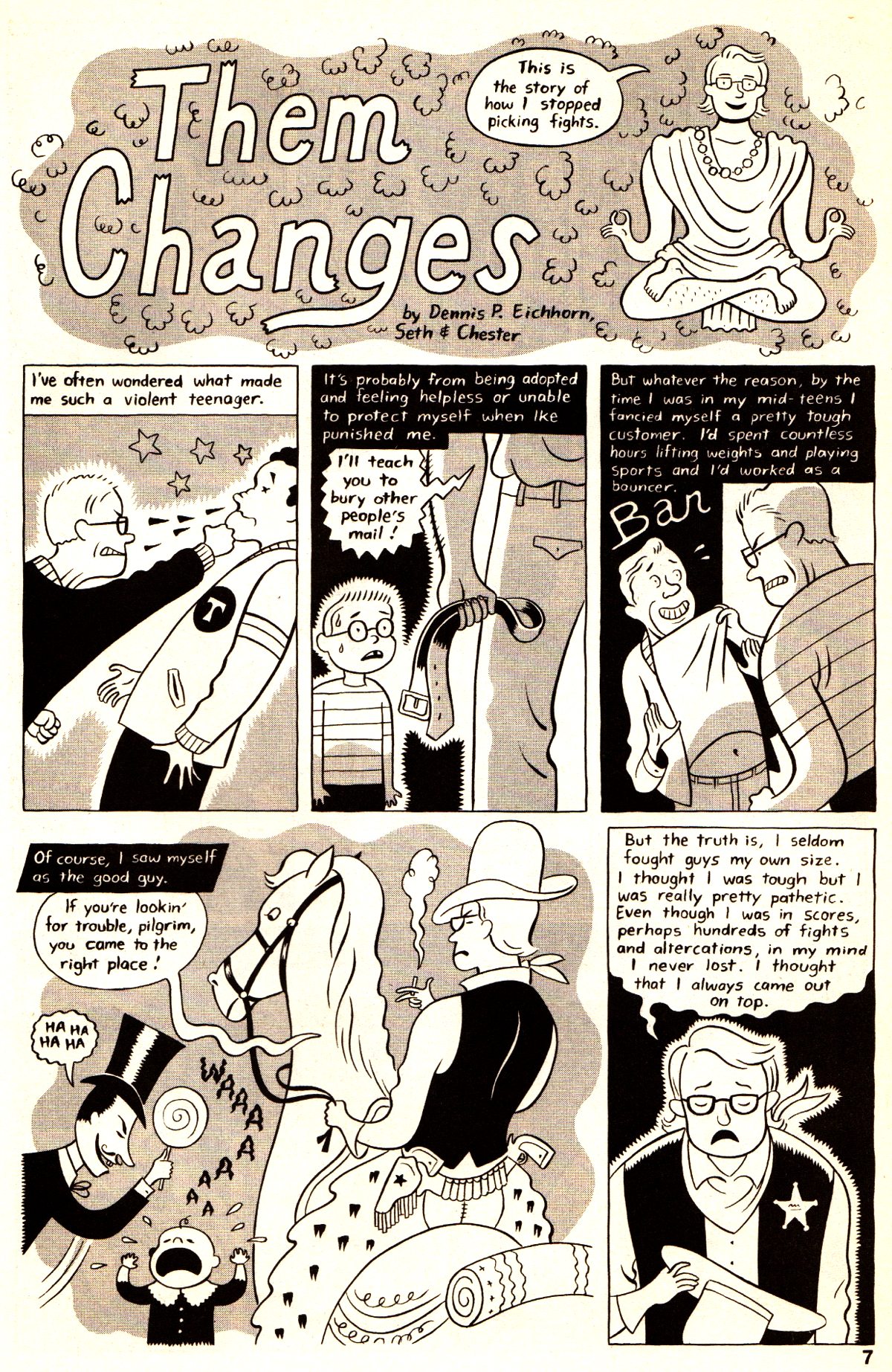 "I've often wondered what made me such a violent teenager... But whatever the reason, by the time I was in my mid-teens I fancied myself a pretty tough customer." Originally published in Real Stuff #6, April 1992. Illustrated by Seth and Chester Brown.