'I make games, and now I don't need to hide anymore' 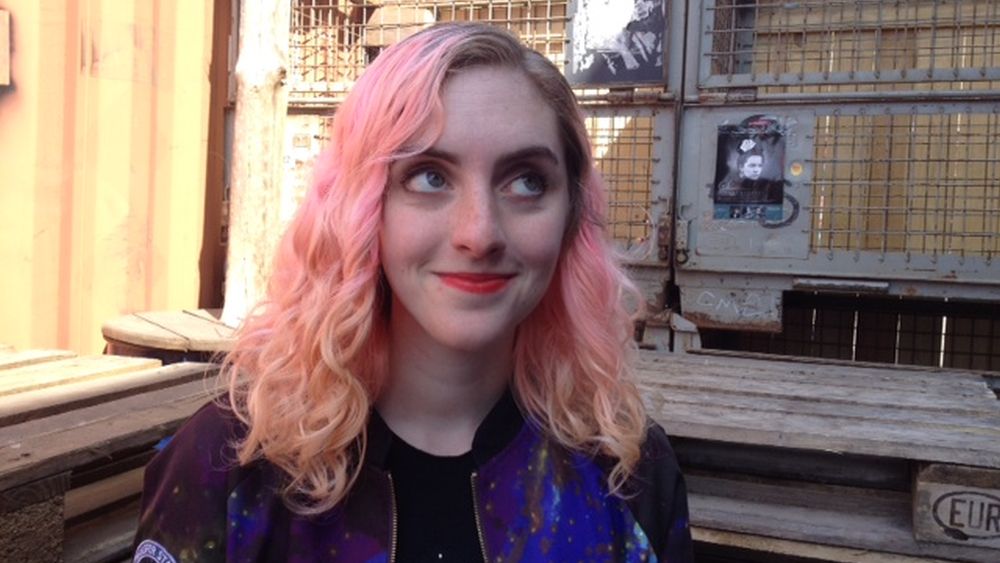 'I make games, and now I don't need to hide anymore'

Nina Freeman wants you to play what it felt like to be her as a little girl, even for a moment

Nina Freeman has created games about her experience of assault, eating disorders and childhood development -- her upcoming work, Cibele, invites the player to explore the files, photos and other intimate materials on a version of her own computer on the way to a story about her first sexual experience. It's uniquely challenging for her to be so vulnerable in public through her work. But she says game making has offered her a way to be seen and understood by others, and a road out of a period of anxiety and illness.

Freeman, a level designer, is currently working with the Fullbright Company, of Gone Home fame, on their upcoming project Tacoma. In her own independent works, however, she enjoys creating portrait-style vignettes. How Do You Do It, her IGF Nuovo award-nominated vignette game, is about one of her own childhood memories of playing forbidden games with Barbie dolls in the hopes of figuring out how sex works, reflecting on the confusing "cloudy car" scene in the Titanic film.

"I wanted to evoke the feelings of confusion and earnestness I remembered," Freeman says, speaking at this week's AMAZE festival, a celebration of independent and artistic game-making in Berlin. "I'm really interested in giving players mechanics that help them better understand my feelings through these brief, true stories. I want them to come away with the sense that they were a little girl, even if just for a moment."

Freeman is attracted to the idea of making games that unpack complicated memories she may have unresolved feelings about: "Often these games that are about my complex memories are cathartic, and there are still issues there that I was working out. Growing up it was taboo to talk about sex in my house, and I never dealt with that or thought about it. So I thought I'd make [How Do You Do It], and maybe I'd show my parents, and see what they say."

Freeman has also made a text game, Mangia, about struggling with digestive problems and eating disorders, and Freshman Year (previously covered on Offworld), about an experience of assault that happened to her in college. In her upcoming game, Cibele, you play an online game "as" Freeman, interacting with her computer, her desktop, pictures and files, embodying her own experience of forming a relationship on the internet.

"You might be wondering why I want to reveal my intimate feelings through games -- love, sex, paranoia, illness. Anything considered 'private sphere' can make you feel vulnerable and self-conscious and even afraid. I've definitely felt these things... but my fears are eclipsed by my desire to connect with others through these games."

Freeman recalls hiding from her parents' fighting in her house as a lonely kid who had trouble making close friends and preferred time alone with the computer. Writing poetry into her young adulthood helped offer her an understanding of herself and a means to process and express the silent fears and feelings that had no outlet in her childhood.

"I was mostly writing for myself," she says. But having a poem on paper to hand to someone was "a way of overcoming my fear of expressing myself."

Freeman graduated college with a degree in English, continuing to write poetry while working a day job. Yet mysterious illness symptoms that made sleep difficult and pain continuous began to encroach on her life, and series of doctor visits failed to find the problem. Freeman began to panic, developing a terror of eating in response to the pain it often caused. She withdrew from friends in her illness and its attendant anxiety -- but her partner and his friend were making a game together, and watching them do it gave her some pleasure, and a reason to leave the house to attend game events.

"I started to make games based on my poems," she reflects. "My illness still held me back, but I didn't give up. I saw potential in games as a way of telling my stories, and I didn't want to lose sight of that, especially as I was feeling so terrible."

Eventually a physician diagnosed Freeman with a digestive condition called gastroparesis, for which there's no cure. The symptoms can only be managed, and that was what Freeman began to do, with game-making a lifeline through the discomfort. "I felt sick and alone for so long. I didn't want to be alone, hiding. I didn't want to wither away with my illness. I wanted people to see me, and I wanted people to see me through these games. I want people to embody me in my games... to come away with the perspective that they better understand me as a person."

"With every positive response, I feel a little more comfortable being honest and being open. I want people to empathize with me. People coming to me and saying 'oh, I think I know what you felt like', empowers me to keep sharing my stories. I create that back and forth."

"Despite anxiety, illness and years of hiding my feelings, I pushed forward. I felt immense fulfillment watching people play my games. It felt like the only thing that helped me reconnect with the world after being sick, so I threw my life into it. I haven't stopped pushing myself ever since."

"There was once young Nina hiding in the attic, hiding in a computer room, hiding with an illness," she continues. "Now there is a Nina who lives freely, who makes games that people connect with. People will listen to me, and I don't need to hide any more."