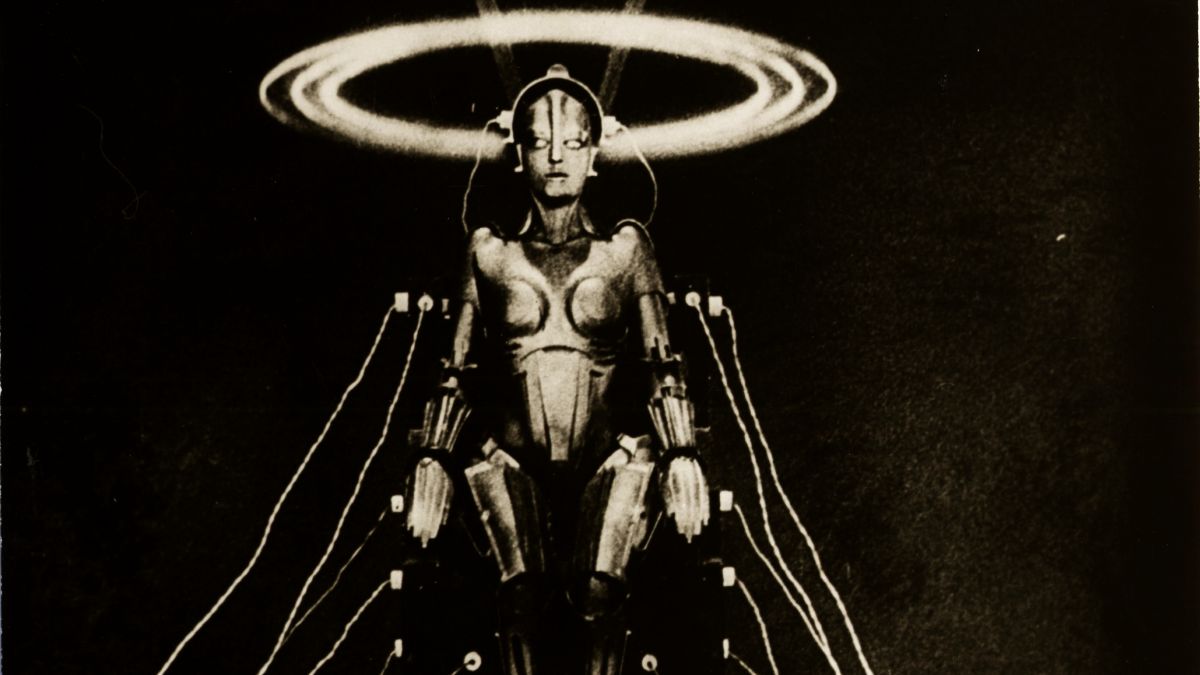 We face a practical -- and cultural -- archiving crisis unprecedented in any other medium. It's time to change that.

In 2008, the year I took my first Cinema class, a 16mm full cut of the film Metropolis was found in Museo del Cine in Argentina. It felt like a miracle. We’d all stop each other—have you heard? Some of the scenes were too damaged to repair, but it was genuine, and in 2010 Metropolis was re-premiered, as close to the original print as is possible. Undeniably influential and utterly, catastrophically lost, Metropolis had always fascinated me. And I would be able to see it, at last.

P.T. was a “playable teaser” of Konami’s upcoming Silent Hills horror game, an unusual endeavor in an industry that mostly markets on heavily-edited video trailers. It was exciting as much in its own right as for the promises it made. On April 26th, 2015, Konami announced that it would be pulling P.T., from the PlayStation store, after less than a year. No miracle will bring it back, and it’s no special tragedy: This happens all the time in games. Losing great works is the norm, practically expected.

No one will actually forget P.T., right? Won’t its cult appeal last forever? Won’t this article I’m writing about it always be live, always keep P.T. in our minds? I’d like to assume so. No one really forgot about Earthbound or its sequel Mother 3, either, or SystemShock or its successors. But will people ever be able to play P.T. again?

My cinema classes offered me a very clearly delineated set of films I could watch in order to understand the history, technical advancements and artistic developments of American cinema. Workers Leaving the Factory, Citizen Kane, Casablanca, and so on and so on, until we reach the present day. Games, an art form only about 30 years old, has no such canon of great works. Maybe that’s due to the youth of the medium. But let’s say we had such a list: Would we still have easy access to them all? Would they be archived in such a way that we could still play them, or might their platforms, their technology, have aged out of relevance, lost to the winds?

One of the greatest hurdles in archiving games is that there is no surefire way to archive digital media across the board. Cinema is having its own crisis on how to properly archive video. Tape degrades quickly, and colors and sound wear out as the years go by. DVDs eventually stop playing from use. Hard drives, thought to be infallible, can dry up and spin their last, become aging, enormous bricks left in the wake of technological progress’ march.

Writer Shamus Young details how games face these issues and more: how companies that make graphics cards don’t often document the changes to drivers they make for popular games, how the licensing for music gets very complicated as time moves on, how both consoles and operating systems are locked down to prevent backwards compatibility. But most importantly there is a harsh enforcement of copyright, even for games that are functionally unpurchasable. And now we see that the forces that hold those copyrights are often happy to will a game to disappear entirely.

My friend Nico, who once worked for the Internet Archive, told me that she only ever dealt with works that had entered the public domain or had an established estate. The works she was archiving were, on average, over a hundred years old. She also told me that archived works are usually offered at a highly discounted price, or even free. Maybe we’ll see P.T. again in 2115, if Konami decides that milking the Silent Hill franchise isn’t worth it anymore.

Konami’s commitment to whisk P.T. away behind a vanishing curtain is really the same old story of these corporations aggressively protecting their intellectual property. It’s because these companies see games not as an art form, but as a piece of technology. If archiving a work means that it may become free, or that some theoretical profits might be lost, why do it?

Cinema can be traced the same way in history. Star Wars can be considered important because George Lucas invented cameras to film the scenes he wanted in the way he wanted them to be seen. But a reduction of art to a story of technology doesn’t account for the societal and cultural importance of the works produced. Star Wars isn’t just a story of technology, but a Kurosawa-inspired epic of the journey out of bondage. Can you explain Rothko in just an examination of his painting techniques? Or is he important because of what it feels like to stand in front of his work?

Museums spend an extraordinary amount of money to preserve artwork in an optimal condition. You can’t touch anything, or get close enough to have the carbon dioxide on your breath change the colors in the paint. Each room is climate-controlled in order to slow down the aging process of pigment on canvas. They do this because it is understood in the Fine Arts that seeing something in person can help explain how we got to where we are now. You can trace a line, like in Cinema, from cave paintings to the renaissance to abstract expressionism to now.

Metropolis was technologically advanced, sure. But it was also produced at a time when science fiction was new, when the kind of story it was telling, about gender and the terrifying power of the Industrial Revolution, was still uncharted territory. That the Maschinenmensch is a woman is no accident: this was the Weimar Republic, the 1920s, where women internationally and specifically in Germany were rebelling against the hand they’d been dealt in life.

Finding a full print of Metropolis wasn’t simply about understanding how that film was made, or even just about seeing it in full—seeing Metropolis can help us understand how those people lived, how we live, how we tell stories. Konami doesn’t care how P.T. will help us understand ourselves and our stories—and P.T. wants to tell a story, about masculinity, about fatherhood, about what scares us, about how men treat women. Konami cares about profit, and P.T. will not make them a profit.

Our failure to cultivate a full appreciation of history within games extends beyond just the games themselves and into our collective database of knowledge, criticism and practices within our field. “Collectively, we have a short memory, mostly back to the childhoods of whatever generation is currently not yet fed up with games enough to romanticize it,” says author and professor Ian Bogost.

“It makes our belief in our current novelty innocent on the one hand, but it ensures we build on a very limited version of the past on the other,” he continues. “Yes, there’s always some truly new novelty in games. But the bigger trends always seem to start from scratch, unaware of what came before, unable to incorporate and build upon it.”

Games critics seem to have the same arguments, the same discussions every five years or so; maybe we, all of us, think like Konami. What will get us the most hits? What is the freshest, hottest take on the topic du jour? What Op-Ed will get the readers that make sure that these sites stay open? My friend Max asked me why there’s no annual publication of the best games journalism. This is why: none of us care about our history.

“Gaming’s old-timers grow weary and quit (or get driven out), and everyone forgets and starts over, patting themselves on the back for being young and clever and confident,” Bogost continues. “I’d say ‘all of this has happened before, and all of this will happen again,’ but even that’s a reference that will likely be missed by many. ‘Yeah, but that was like, five years ago. Everything’s different now. It’s a golden age.’”

To make our history a priority, and in particular to prioritize the work of archiving, means that we have to take a huge cultural shift, and in the time it takes to shift perception we will lose things. There were PC games that came out in 1998 that we’ve already forgotten: technology, criticism has already marched on. This is our loss. When the games our children play are retreading the same ground design-wise as the ones we remember, we should know who to blame. When that print of Metropolis was found in the Museo Del Cine, it was a miracle. I wonder how I will feel if we see P.T. ever again.