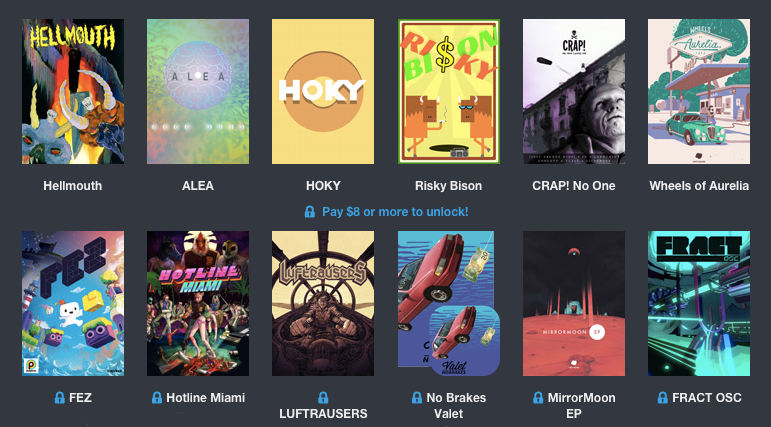 If you've got a few bucks and some time to burn this weekend, there's a bundle of worthwhile indie games that can help you pass the time for the affordable price of pay-what-you-want.

Humble Bundle is currently offering six titles in its "Fantastic Arcade" collection, including Wheels of Aurelia, an interactive fiction racing game set in 1970s Italy, Risky Bison, where you must "secur[e] the financial future of a herd of buffaloes," the psychedelic forest simulator Alea and a minimalist hockey game called Hoky

You have to pay at least a dollar in order to get Steam keys, though of course it might be nice if you paid more. If you contribute more than $8, you'll get six more games as well, including the 2D-meets-3D puzzler Fez, the space exploration game Mirrormoon and Hotline Miami.

Your donation can also help support the Ablegamers Foundation and Worldreader. Time is limited, though, so if you want to get on board you've got to push the appropriate buttons before October 1st.