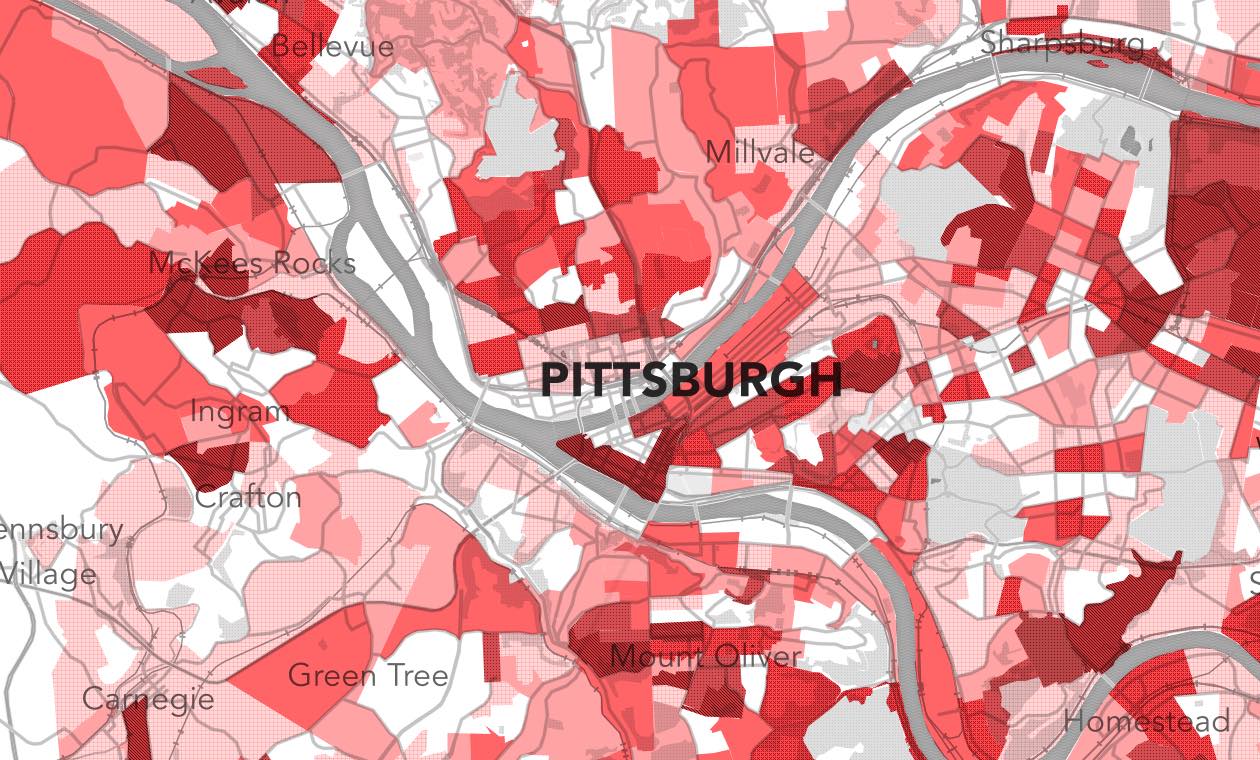 25,000 U.S. residents are killed or injured each year in 1 million fires, reports Enigma, which has appealed for more local governments to upload their data.

To develop the model, they used data from the American Housing Survey and American Community Survey, both conducted by the Census Bureau, as the seed of their solution. The former asks residents if they have a working smoke alarm, which makes it seem straightforward to build a model, but it's only at the city level. Not useful for on-the-ground workers. The task required block-level information.

As you can see above, Pittsburgh is basically one inaccurately-flicked cigarette away from going completely up in flames.

‘Dank’ is definitely not dank.