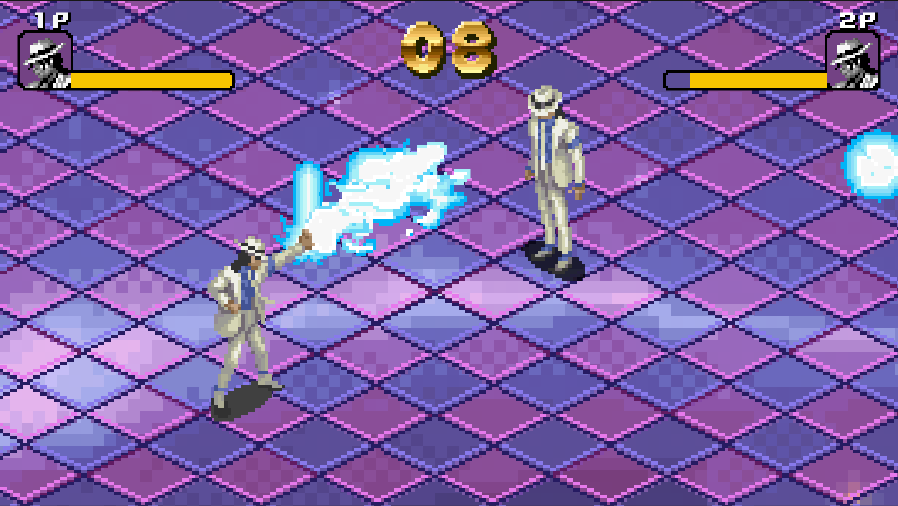 You remember the Sega Genesis game Michael Jackson's Moonwalker, right? That was an unusual one. Against the backdrop of Michael's greatest tunes pumped out by the Genesis' good old chunky soundchip, you rescued topless children from car trunks and defeated gangsters, zombies and mean Doberman dogs by using "star magic" to force them to dance. I remember feeling like the 16-bit graphics were really plausible.

Michael E Michael is a two-player fighting game between two identical Michael sprites that, if they aren't recycled Moonwalker assets, sure look like it. You have 30 seconds to collect star power and unleash your special moves by dancing at the rival Michael. It's super weird. Did you know he could transform into a spaceship?

It is, of course, from the Duplicade jam, which we've really been enjoying here at Offworld—brief two-player games that look like they've been peeled out of an illegal knock-off bargain bin.