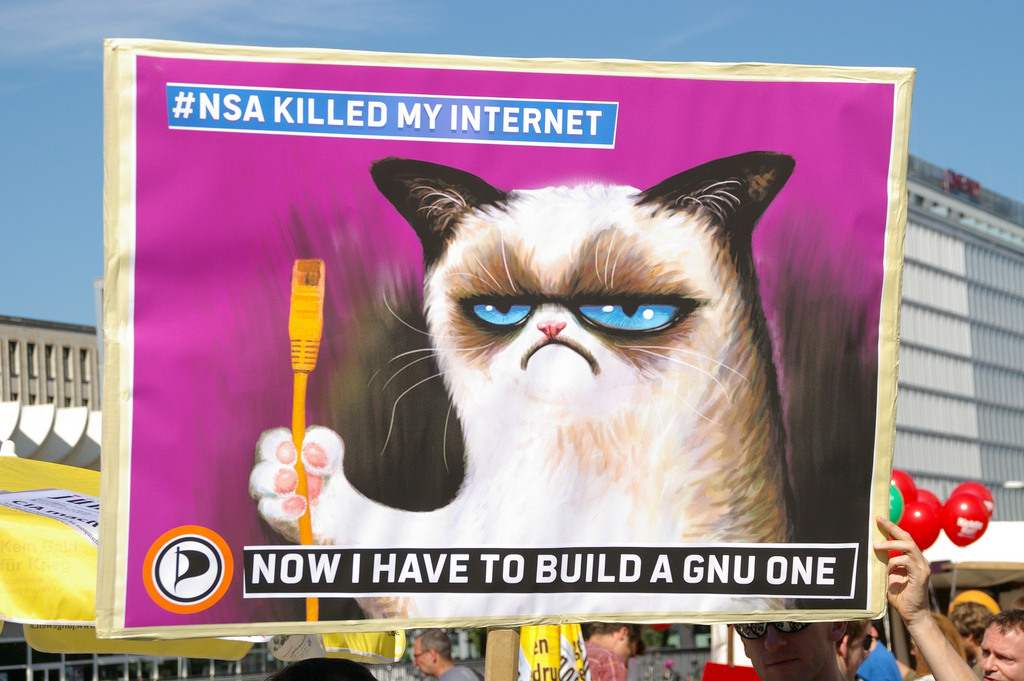 Wikimedia -- Wikipedia's parent org -- has had its case against the NSA dismissed by a Federal judge who said that the mere fact that the site is one of the most popular destinations on the net was not a basis for assuming that the NSA had intercepted data between Wikipedia and its users.

US District Judge T.S. Ellis III wrote "plaintiffs insist that Wikipedia's over one trillion annual Internet communications is significant in volume... but size is always relative. For example, one trillion dollars are of enormous value, whereas one trillion grains of sand are but a small patch of beach."

The ACLU represented Wikimedia in court, and its analysis points out glaring errors in the judge's reasoning. Previous cases of this nature were dismissed because there wasn't enough information about the nuts and bolts of NSA mass surveillance in the public domain, but since the Snowden revelations, we've learned a lot more about "upstream" surveillance, which is the NSA's cute term for tapping into the fiber-optic backbones that carry most of the Internet traffic in the world.

At present, there's nothing in the ACLU's materials about an appeal, but it seems likely that they'll try it. All the NSA mass spying cases have gone through lengthy wrangles over standing -- the question of whether a plaintiff can show that they were actually spied upon by the NSA -- and groups like EFF have kept slogging through the appeals process, refusing to give up.

Although the court recognized that “no government surveillance program should be immunized from judicial scrutiny,” its analysis would do precisely that in the overwhelming majority of cases. If the court’s reasoning were correct, then the only people who could challenge NSA surveillance would be those told by the government they were spied on — a result at odds with well-established precedent and our system of checks and balances:

Our clients’ standing doesn’t depend on a supposition. There’s no question that the NSA is capturing and searching through their communications. That’s something the court — and everyone else — should find extremely disconcerting.