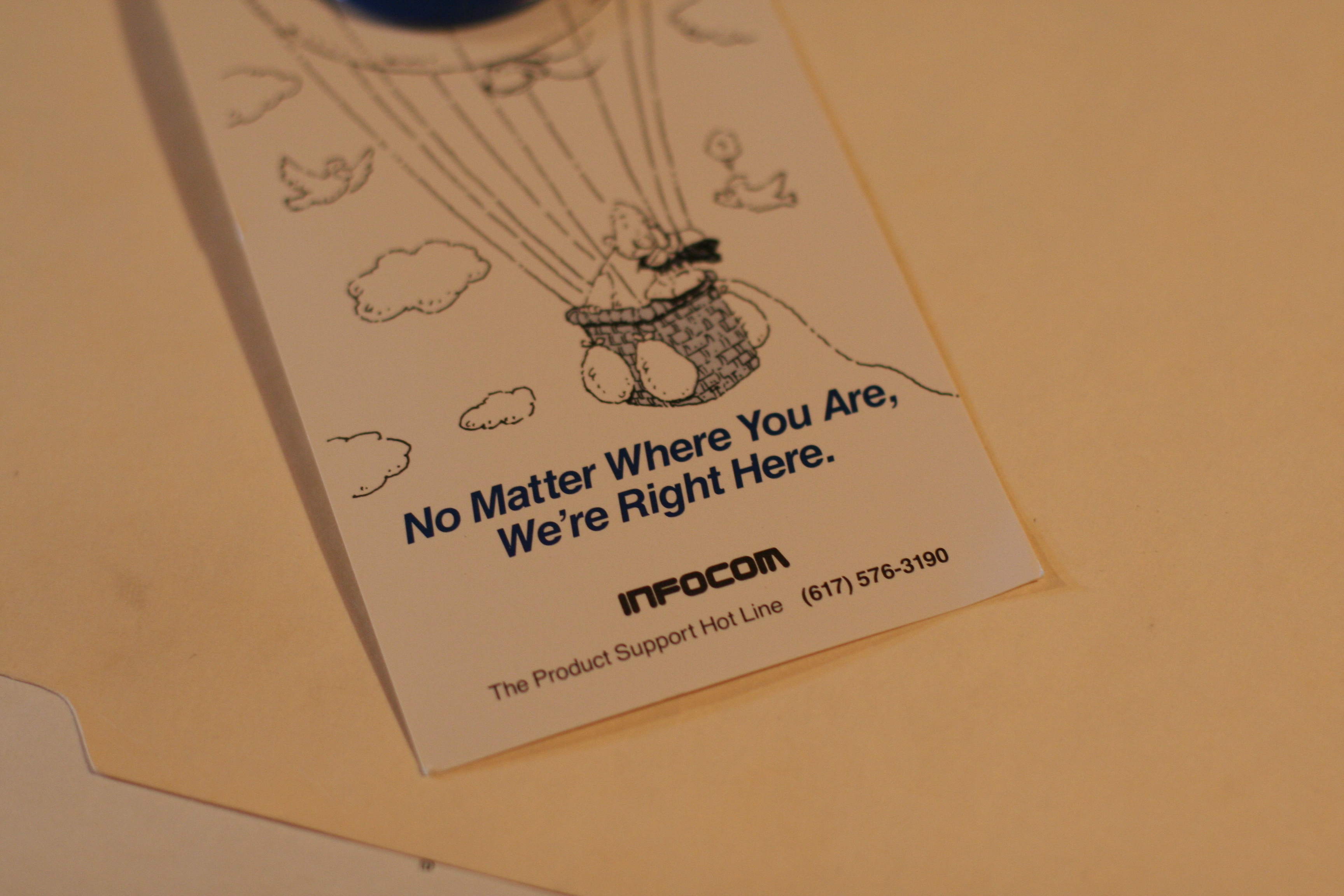 Well, this is wonderful—Jason Scott, creator of the GET LAMP documentary and tireless historian in the service of games, is releasing a huge trove of scans from the archives of Infocom veteran Steve Meretzky.

Infocom, of course, was a leading developer of mysterious and beautifully-written computer text adventure games in the 1980s. Meretzky's carefully-kept notes—over 9000 scans, says Scott—document numerous aspects, from design to business, of what was widely considered the company's golden age, in which it produced famous games like The Hitchhiker's Guide to the Galaxy, Planetfall, and the remarkable, pioneering A Mind Forever Voyaging, written and made by Meretzky himself, among others.

Jason Scott writes of these documents, which will live at The Infocom Cabinet:

For someone involved in game design, this is priceless work. Unfettered by the crushing schedules and indie limits of the current industry, the designers at Infocom (including Steve, but not limited to him by any means) were able to really explore what made games so much fun, where the medium could go, and what choices could be made. It’s all here.

One of the challenges in the video game space is that design knowledge is often prized tightly behind the doors of competitive game companies, and then lost when the tides of business change or studios close their doors. Software and hardware age, and works younger than a decade can be fundamentally impossible to access. The work of archivists like Scott is often unsung but essential to the memory of the medium, and his TEXTFILES.COM has become a virtual museum of all manner of computer history. Learn more here.

Thanks to Alice for spotting this first!