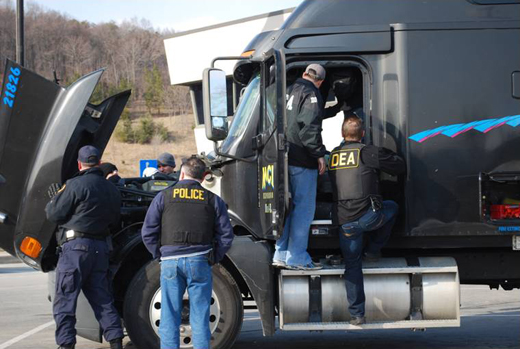 The EFF has just settled a case against the Drug Enforcement Agency on behalf of its client, Human Rights Watch, which sued the Agency over its decades-long program of illegal mass surveillance.

The DEA has promised -- on penalty of perjury -- that it has ceased its bulk phone records collection, and that it will destroy the only database with records of phonecalls between US numbers and international numbers in hundreds of countries.

This isn't the only illegal, secret mass surveillance program the US government runs, and EFF is planning to sue over each and every one of them, and kill 'em all.

Despite all this additional information, we should be clear about two things:

First, the government still retains some illegally collected records, and they’ve admitted as much. The records the government retains, though, are only those that were returned in response to a query of the database—a more limited sample than the bulk collection of records of billions of Americans’ calls to hundreds of countries overseas. While ongoing retention is undesirable, according to the government, the DEA's records are stored in “nonsearchable PDFs” and not a part of some currently-operational call record database. It also appears that, when the program was operational, agencies were instructed to destroy reports generated from querying the database after the reports were no longer needed, presumably in order to conceal the existence of the program. While that’s good for the privacy of those unwittingly swept up in the program, it's bad news for criminal defendants. If the criminal investigation came from a “tip” generated through searching the bulk database, there’s a good chance evidence of that tip has already been destroyed.

Second, the government still collects phone records in bulk. The NSA likely continues to collect international call record information in bulk under Section 702 of the FAA and under EO 12,333. In fact, it has been reported that the DEA has similar overseas bulk collection programs as well. Nevertheless, the end of the NSA’s domestic bulk collection and now the confirmed end of the DEA’s program represents a significant step forward in curtailing some of these abuses.

The government is on notice: if they have a bulk collection program, and we find out about it, we’re going to challenge it in the courts. Challenging programs aimed at Americans in federal courts has proven easier—for legal reasons and because of the information that is publicly available—than challenging bulk collection programs aimed at those outside the U.S. But we’ll never convince judges or elected officials to respect the privacy rights of those outside the United States if we can’t convince them that Americans’ privacy is worth protecting, too. Challenging these programs is an important first step in that process, and we’re looking forward to building on these successes to ensure that the federal government respects the privacy rights of people around the world.