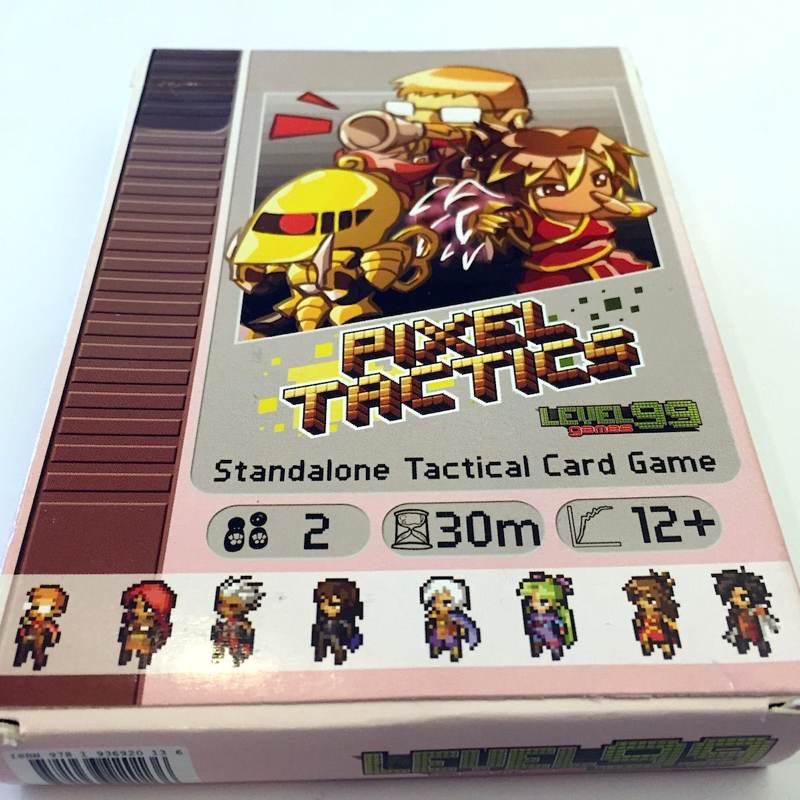 See sample images from this game at Wink.

Pixel Tactics is a two-player war game where you’ll be playing the part of an elite leader, steering a war band against the enemy. Both players have an identical deck of 25 cards, each representing a different character. Each card here acts differently when played in a certain rank, or used for their order ability. There’s a lot of variance in this game, since the leader that you’re playing will affect your strategy regarding the rest of the cards in your deck. Some of the leaders are combatants, and some of them help out the other units in your squad. Play continues until one of the leaders is taken out.

It’s a very portable game since the decks are small, and the rules come on a giant poster that is the play mat when flipped over. The art direction echoes sprite animations from retro video games and is charming. It’s pretty easy to pick up and play, but with all the variance, some analysis paralysis can set in from time to time. The games run really quickly though, usually in under 15 minutes per round, and with 3 to 5 rounds per game.