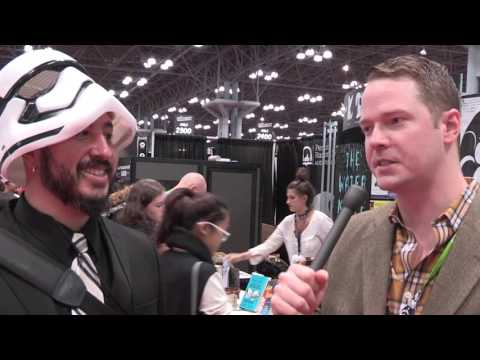 Boing Boing is proud to welcome Robert Jackson Bennett's The City of Blades as a sponsor!

In a world where politics have run amuck and consumers must choose from over 300 varieties of toothpaste, one seemingly simple question rises to the fore: what is my next great read? Luckily for you, ladies and gentlemen, we have the answer to that question – a book that will satisfy your cravings, turn that frown upside down, reduce wrinkles in women and stimulate hair growth in men. In short, my friends, it is a miracle book indeed.

And you don’t have to take my word for it; the bookish masses all agree that Robert Jackson Bennett’s books are a wonder. Author Jim C. Hines (Libriomancer) said: “Every once in a while I read a book that's so well done, I find myself wanting to punch the author in the face out of pure envy. Congratulations Bennett, you just made the face-punching list!" Blogger G. Brown of Nerds of a Feather, writes “Dazzling, sophisticated and thoroughly modern... Imagine China Mieville and George R. R. Martin stuck in an elevator, with only a laptop to keep them company, and you’re almost there. Robert Jackson Bennett is a name to remember and a talent to behold.” – G. BROWN, NERDS OF A FEATHER

Lean in closer, my friends, and I will whisper to you the names of these great books: Mr. Shivers, The Company Man, The Troupe, American Elsewhere, City of Stairs and the brand-new, much-anticipated, and thoroughly-magnificent (imagine a drum roll here, please) City... of... BLADES! And now, without any further ado, it is my pleasure to introduce to you the man himself: Robert Jackson Bennett!

Q: Who are you, really? And why should we care?

A: I’m Robert Jackson Bennett. As opposed to living a quiet life of desperation, my desperation is loud as hell. You can probably hear it from where you are. Roll down a window and give it a shot.

Q: What did you think was missing from the science fiction/fantasy genre shelf that you were trying to fill when you began writing THE DIVINE CITIES books?

A: I didn’t really come into the books thinking, “There’s a gap in the market, and I’m just the fella to fill it!” I just realized I found two things interesting—the bleak, miserable, cutthroat world of espionage and government control, and the storybook, disturbing, incomprehensible logic of ancient myths—and realized the two overlapped: both were about controlling the reality of others. So I wrote a book combining the two.

Q: The heroines in both CITY OF BLADES and CITY OF STAIRS (a soldier and a spy, respectively) are awesome, and they seem to break the mold of traditional sexy/dangerous character trope. What was your thinking behind this?

A: When I first wrote Shara, a lot of her inspiration came from George Smiley from the Tinker Tailor books: he’s the anti-Bond, an aging, plump, cuckolded, but brilliant spymaster who uses his elephantine memory and understanding of human psychology to ferret out weaknesses in the European and Eastern intelligence theaters. What was so thrilling about Smiley was how underwhelming he initially seemed: you didn’t realize that beneath his drab exterior there was a mind of chilling proficiency that could outplay any of his enemies.

I wanted to write someone like that. And there’s a moment in CITY OF STAIRS that highlights this juxtaposition. An embassy gopher is sent to fetch the fearsome new spymaster from the train station and is stunned to see who steps off the train: a tall, well-muscled, fearsome, Viking-looking figure, scowling and one-eyed. In a normal fantasy novel, this would absolutely be the main character. But then there’s a quiet cough, and he steps aside, revealing Shara standing behind him, looking every bit like a meek librarian out on her lunch break. One would never guess that, by the end of the series, she’d have brought down and built up world governments.

I think Mulaghesh, the main character of CITY OF BLADES, is of a similar breed: both women are superhumanly capable, work-oriented creatures. Mulaghesh is a little more swashbuckly than Shara is, but neither of them is looking for a parade. They’re middle-aged, experienced people who have few pretensions about the world and what they’re doing.

And as far as sexiness goes: in my own personal opinion, there are few things sexier than a confident, competent, sensible middle-aged woman.

Q: You also play very heavily on themes of colonialism and have main characters who are very clearly from different races and cultures. What drew you to these themes?

A: Originally, it was a gut decision—I knew that I wanted the Continent to feel a bit Byzantine and Eastern European, and thought that a Southeast Asian culture would have been an interesting clash.

But I think part of it was that I grew up in Houston, and I was a huge nerd, so in school I sat with the other nerds. And though some were white, most of them were Indian, Pakistani, Saudi, Korean, Chinese, and so on. I was, out of our group, the token white boy. This is because Houston is a port and an oil town and is thus an international world unto itself—Houston is not Texas, Houston is Houston. It’s a city-state with a wildly diverse population.

Then I moved to Austin, where people are either white or Latino. And I went home to see my parents; and I was at the pool in their neighborhood, and I realized I was hearing about four different languages going on around me at any given moment—all these different nationalities, all in the Houston suburbs, hanging out at the pool with their kids.

There’s a lot of criticism that Houston deserves, but its diversity is to be admired. I found I wanted to write about cities like that: diverse, messy, and somewhat cutthroat, exposed to the whims of the market and trade.

Q: How did it feel to lose the 2015 WORLD FANTASY AWARD to David Mitchell?

A: As I had been powerfully intoxicated for the previous three days, it mostly felt exhausting. But by that point, everything did.

Q: Fill-in-the-blank challenge: Answer any or all these FILL-IN-THE-BLANK questions:

I go weak at the knees for congenital cartilage disorders.

My dream dinner party (across space and time) would include Diphyllobothrium, Taenia solium, and Taenia saginata among the attendees.

My single proudest moment was snatching my son inches from the ground after he fell off of a bench, like a goddamned superhero.

Check out Robert Jackson Bennett's The City of Blades