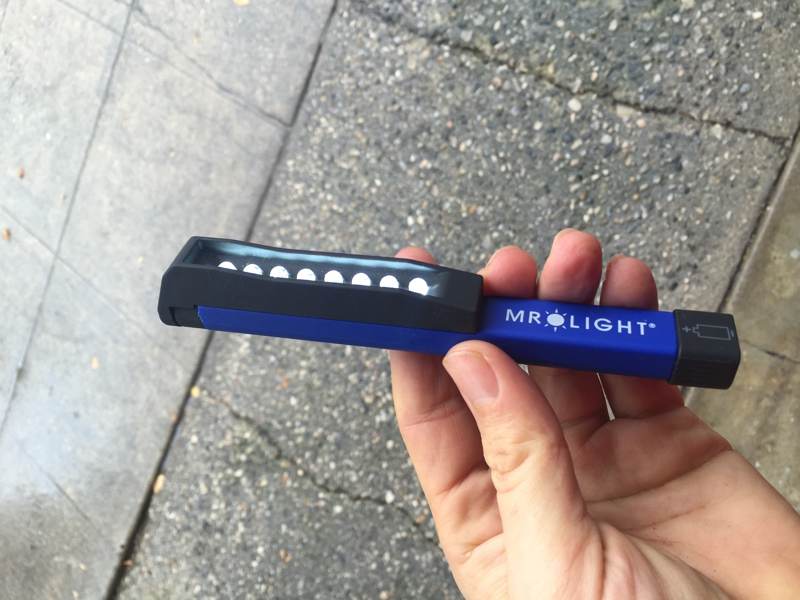 I bought a pair of these magnetic clip lights last year and they've proven to be incredibly useful when I have to do repair work. The light has 8 LEDs and it throws a pretty wide beam of bright light. It sticks securely to any ferrous metal surface and has a clip so you can attach it to your pocket. I used it recently when I was installing a new safety switch in a washing machine. I stuck it on the side of the washing machine cabinet and it gave me plenty of light to attach the ground wire and route the cable. I haven't had to change the batteries yet, either.