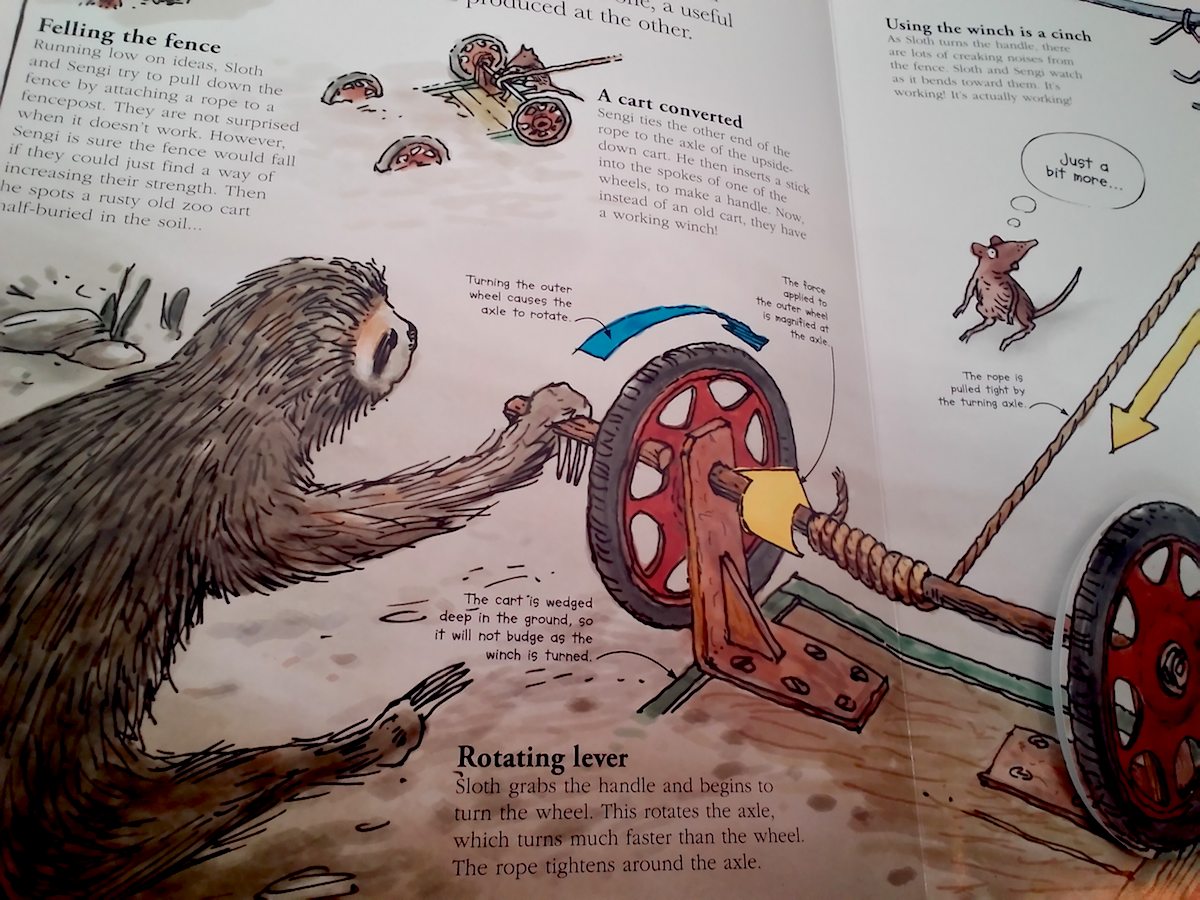 Walking through the children’s section of any given book store, this book will immediately catch your eye. The front cover has gears sticking out the side, and if you turn them, you can see one of our main characters moving up and down on a wheel and axel system. Open the book, and you’ll be treated to even more interactive illustration done in the book’s playful art style.

The plot of the story follows two friends who live in a zoo, Sloth and Sengi. After many years of living there, they have decided to escape using some simple machines. Along the way, they encounter many problems (as you can imagine would occur when a sloth and a variety of elephant shrew attempt to scale a zoo enclosure). Each page outlines a different type of machinery and invites the reader to learn about how each system functions. When Sloth and Sengi try and use an inclined plane to escape, the narrator demonstrates why it takes less effort to climb up an inclined plane than straight over the vertical fence. Later on, this idea of the inclined plane returns when Sloth and Sengi try and use a screw to escape. Probably my favorite section of the book involves the section on levers. The author outlines how a lever functions with an effort, a fulcrum, and a load. You can construct a lever from cardboard cut-outs in the book, and then use it to try and fling Sloth and Sengi over the fence of their enclosure, usually with more success than our main characters.

The art style is delightful, with playful, sketchy designs, and fold-out panels introducing new information. The various hijinks of the main characters are illustrated with humor and affection, giving the book a lively feel, and the interactive aspect of building machinery, moving gears, and sliding-out panels easily keeps the reader’s attention. Overall, an enjoyable read that demonstrates that one is never too old to want to fling a cardboard sloth over a fence using a basic knowledge of physics.