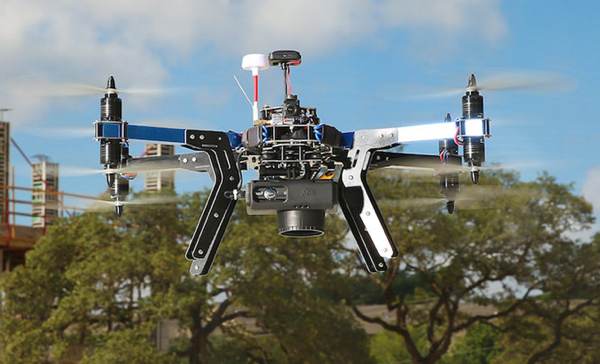 Chris Anderson is the CEO of 3D Robotics and founder of DIY Drones. From 2001 through 2012 he was Editor in Chief of Wired Magazine. Before Wired he was with The Economist for seven years in London, Hong Kong and New York. He’s the author of the New York Times bestselling books The Long Tail, and Free, as well as Makers: The New Industrial Revolution. His background is in science. He started with studying physics and doing research at Los Alamos, culminating in six years at the two leading scientific journals, Nature and Science. Chris is also the founder of the site Geekdad. He lives in Berkeley, California with his wife and five children.

CNC machines are subtractive. 3D printers add plastic but CNC machines cut it away. … The Carvey is the first one that really feels like it belongs in my workshop, on my desktop. It's beautiful. It's quiet, it's got a cover, hydraulic hinges, etc. … It's the perfect replacement for a laser cutter in that it does 2D quite easily. It can actually do limited 3D, which is to say give depth to stuff. … Think of it right now as the kind of thing you would use for carving wood, plastics of various sorts.

The Cricut is a CNC paper cutter and plotter. It's sold on places like Home Shopping Network as a crafting tool. It's actually just like the Carvy that I just told you about, but rather than having a rotating bit, its got a knife like an exacto blade. It cuts rather than burns away as you would with a bit. It's also beautifully made, looks like a small paper printer. … Exactly like the Carvey, you pick design, create a design, or scan a design and then you press go. In this case it will be cutting out of paper, maybe different layers of paper, different colors, or it'll cut out of vinyl so you can stick it. Or it'll cut out of thicker material like poster board or thin leather.

Yousician is an app that teaches you how to play guitar or keyboards or ukulele. What I love about it is that it combines the fun of Guitar Hero with the incredible instructional power of apps these days with videos etc. What really does it for me is that it has an acoustic engine in there that it listens to you playing, it can pick out individual notes in a chord and it grades you and corrects you as you go. We play with an acoustic guitar, and it listens and it can tune the guitar for you. … It's basically the best music teacher ever, great lessons, great feedback, and they have real songs like Guitar Hero.

This is a notebook, has a nice hard cover and inside lots of blank pages. This one turns out to be the perfect one to do math homework with kids. It’s like a lectern, I guess. The key thing about this, is not the nice cover or design. The key thing is that it's larger than 8 1/2 X 11 … because when you're doing math homework together, you're not sure how much paper you're going to need ... so you want more space. Second of all, because it’s big you can actually share, so you can spread it between two people, it's legal-size but when you open it up it can be sitting on two laps. And the key thing is the grid of dots, if you have to do a graph its really easy to do it, if you need to eyeball spacing for geometry that's really easy to do, if you need to rotate points that easy to do as well; and if you just need to write equations or math the dots don't get in the way.